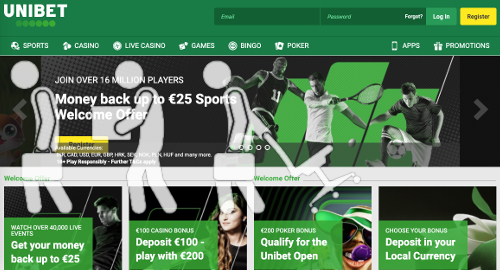 Nordic online gambling operator Kindred Group is trimming its workforce but insists it’s nothing to do with the COVID-19 pandemic eating into its business.

On Friday, the Times of Malta quoted a Kindred spokesperson saying the company planned to make around 75 employees redundant. The cuts will reportedly be distributed among the company’s 13 global offices in Europe, Australia and the United States.

The spokesperson said the company hadn’t publicly revealed the number of staff in each office that are facing the axe but did say the formal consultation process on the layoffs would start later this month.

The spokesperson said the decision to cut payroll was “very tough and painful” and such measures “will always be a last resort.” The spokesperson further acknowledged that this was already “a challenging time” and pledged that the company would do “all we can to support impacted individuals as much as possible through this period.”

The spokesperson said the cuts are “not related to the current COVID-19 situation” but are intended “to make business operations leaner and stronger to better support the strategic objective to deliver long-term, sustainable revenue from regulated markets.”

Kindred’s 2019 annual report showed pre-tax profits falling 55% from 2018, partly due to lower sports margins but also due to hiccups in several European regulated markets, with Sweden alone being responsible for £6.6m in lost earnings. The focus now is on actions that will “increase efficiency and reduce operational costs.”

This is pure speculation, but it’s hard not to wonder whether the redundancies might have been spared had Sweden’s gambling regulator not imposed a SEK100m (US$10m) penalty on Kindred for violating rules regarding bonus offers to local customers.

Last week, Kindred CEO Henrik Tjärnström predicted that the impact of COVID-19 on Kindred’s operations would not only be short-lived but would accelerate the transition of land-based bettors to the online realm, from which Kindred would get a nice boost. We’ll get to see how well that prediction pans out on April 24, when Kindred is set to release its Q1 financial results.

The pandemic hasn’t (yet) disrupted Kindred’s plans to hold its annual general meeting at its Stockholm office on May 12. However, in keeping with the government’s instructions re mass gatherings, Kindred has strongly encouraged shareholders to consider voting on the agenda items by proxy.