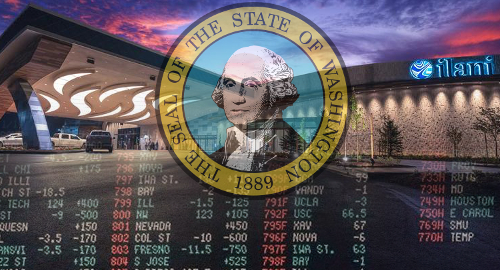 Legal sports betting is coming to Washington state, although only at tribal casinos and only in-person.

On Wednesday, Washington Gov. Jay Inslee signed HB 2638, the sports betting bill approved by the state senate earlier this month. The bill will allow wagering at casinos operated by the state’s 29 federally recognized tribes, once the state renegotiates the individual gaming compacts it has with its tribal groups.

There would likely be more cheering among the state’s sports bettors if any of the state’s tribal casinos were actually open at the moment. Like the rest of the US casino industry – both tribal and commercial – Washington’s tribes have shut their gaming operations to minimize further spread of the COVID-19 coronavirus pandemic. Coronavirus-related shutdowns of major leagues mean there are also few sports events on which to wager for the time being.

And there’s little joy at the bill’s lack of a statewide digital wagering component, which isn’t that surprising given that Washington has made the mere act of engaging in online gambling a Class C felony. The bill does permit a limited form of mobile betting within the physical confines of a tribal casino.

The bill contains an emergency clause that eliminated the need to have a statewide referendum on legalizing sports betting, which would have required a 60% majority for approval. The clause claims the bill is “necessary for the immediate preservation of the public peace, health or safety, or support of the state government and its existing public institutions.”

Some commercial gaming firms, including cardroom operator Maverick Gaming, were upset at being left on the sports betting sidelines and lobbied the government to support alternate bills that envisioned a more inclusive betting market that included mobile wagering. Maverick also warned that the bill could be challenged in court if approved without a referendum.

Despite the year being nearly one-quarter over, Washington is the first state to approve a legal betting bill in 2020. That’s a significant slowdown from 2019’s frantic pace of legalization, and the rest of the year may not feature too much more forward progress given that state legislators have a host of more pressing items on their agendas.