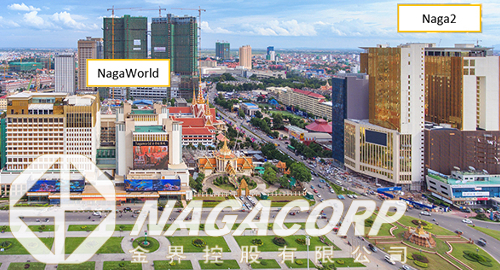 Cambodian casino operator NagaCorp saw its 2019 profits jump by one-third but warned that the coronavirus could negatively impact its 2020 performance.

NagaCorp, which operates Cambodia’s only major integrated resort casino NagaWorld in the capital Phnom Penh, performed strongly last year across all gaming verticals. VIP gambling turnover rose 31% to $46.6b, while VIP revenue rose 16% to $1.24b as win rate slipped to 2.7% from 3% in 2018.

NagaCorp added a few more junket operator partners in 2019, which the company credited with goosing the VIP turnover figures, as well as the new higher table limits available at some of the NagaWorld’s Naga2 facility.

Mass market table drop increased by one-third to $1.6b while mass table revenue rose 31% to $476.4m. Mass market electronic gaming machine (EGM) turnover was up one-quarter to $2.8b, which pushed EGM revenue up 22% to $158m.

The mass market gaming numbers benefited from Cambodia’s international tourism visitation, which rose 8% through the first 11 months of 2019. Chinese visitation was up 20% over that period, while visits from Indonesia and Thailand grew 22% and 25%, respectively.

NagaCorp addressed the current coronavirus crisis in its report, noting the rarity of “such an abrupt and open-ended freeze out” of a global economy. While acknowledging that its operations may be impacted over “the next six months and beyond,” NagaCorp expressed confidence that “this event will be short-lived.”

As such, NagaCorp recommended an 80% payout of its H2 net profits in dividends to shareholders. The recommendation will be taken up at the company’s AGM on April 24.

NagaCorp said its ambitious Naga3 project will now feature three hotel towers – one 75-stories, the other two 61-stories – rather than the five envisioned in the original design. The change followed NagaCorp adding Chicago-based Skidmore, Owings & Merrill LLP to assist Steelman Partners in “evaluating and refining the existing conceptual designs” of Naga3.

As for NagaCorp’s in-development Naga Vladivostok project in Russia’s Primorye gaming zone, the company said little other than progress remains “broadly on schedule” to open its first phase this year, although the company previously used the exact same wording to tout a 2019 opening.

NagaCorp said nothing at all about its recent labor issues, which saw unionized workers walk off the job in early January in pursuit of higher wages and the reinstatement of their union president. Reports circulated that NagaCorp had agreed to boost wages but the company later reported that all striking staff had returned to work “without any wage increases.”