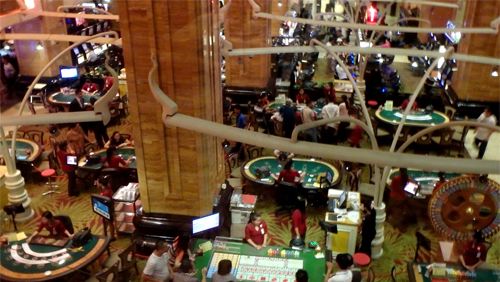 Cambodian casinos are hurting right now. As the ban on online operations looks like it might force dozens of brick and mortar casinos to shut down, NagaWorld, the only casino allowed to operate in Phnom Penh, is now seeing thousands of its employees go on strike over pay and working conditions.

Reuters reports approximately 3,000 employees of the Hong Kong-listed casino went on strike on January 9, demanding increases in pay. The workers currently receive between $150-250 monthly, and they want increases to $300 for hotel staff and $500 for those involved with gambling operations.

On top of that demand, they also want the reinstatement of union president Chhim Sithar. She was fired in September, 2019, for distributing t-shirts to employees that demanded living wages for employees.

The employees go on strike knowing they risk their future employment in the process. The casino reportedly issues a memo warning employees that if they joined the strike, they would lose their job.

By Kunthea, one of the striking workers, is continuing the message Sithar started. “We demand a raise for workers … we need to pay rent and food prices nowadays have also gone up,” she said. “The company makes a lot of profits.”

That’s a fair assessment. NagaCorp, the owner of the casino, reported 2019 to be a great year, with over 20% increases in gross gaming revenue (GGR). That was enough for the operator to pay a $10 million fee to renew an exclusive deal to operate in the Cambodia capital for the next 10 years.

Adding to their gripes, workers noted that they sometimes can’t use the washroom if there’s nobody to take their place. They also complain of being abused by players.

This comes as 91 casinos in the country have had to end their online operations. As the primary source of revenue for many of these operations, losing online play will likely force many of them to cease operations entirely.