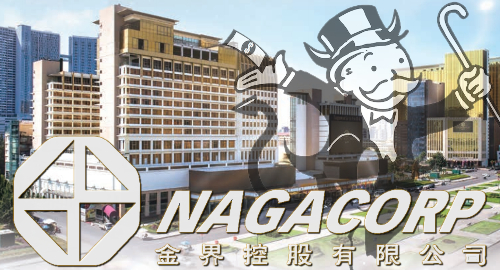 On Tuesday, the Hong Kong-listed NagaCorp announced that it had reached a deal with Cambodia’s government to extends its casino monopoly within a 200km radius extending from the nation’s capital Phnom Penh by a further 10 years.

NagaCorp’s original deal with Cambodia’s government gave the company a 70-year gaming license expiring in 2065. The deal also assured NagaCorp of a casino monopoly in and around Phnom Penh — with a few geographic exceptions, such as Sihanoukville and along the border with Vietnam — until January 1, 2036. The deal announced Tuesday extends that monopoly until December 31, 2045.

For its part, NagaCorp agreed to pay the government $10m upon signing the new deal plus a further $3m per year for 10 years starting January 1, 2036. NagaCorp said the government also took into account the company’s ambitious – some say overly ambitious – plan to spend $3.5b to dramatically expand its NagaWorld resort in Phnom Penh.

In August, NagaCorp shareholders approved the company’s Naga 3 plans, which envision the construction of multiple very tall towers that will boast a combined 4,720 hotel rooms, along with the usual assortment of integrated resort non-gaming amenities (shopping, dining, entertainment, conventions, etc.) plus a serious expansion in slots and gaming tables.

NagaCorp is one of the few Asia-Pacific casino operators whose operations have managed to avoid the turmoil of recent years, routinely turning in double-digit rises in gaming revenue, earnings and profits. The company said Tuesday that it expects 10% annual revenue growth through the end of 2025.

NagaCorp also expects some greater regulatory certainty if Cambodia makes good on its promise to approve the country’s long-delayed update to its gambling laws in 2020. Of late, the government has appeared more focused on overseeing the demise of its formerly burgeoning online gambling sector, which is slated to shut down for good at the end of 2019.