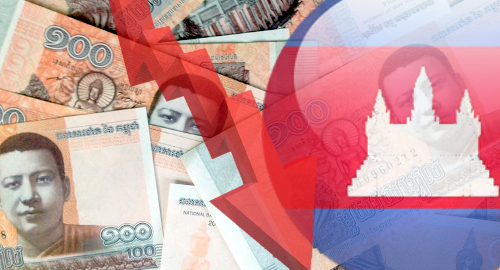 Cambodia’s online gambling rethink will cost the government dearly when it counts up its 2020 tax revenue, according to the country’s finance minister.

On Wednesday, the Khmer Times quoted from the minutes of a meeting between Cambodia’s Finance Minister Aun Pornmoniroth and some other members of the government about the plan to cancel all online gambling licenses by the end of 2019 and the effect this shutdown will have on the country’s 2020 budget.

Prime Minister Hun Sen issued a directive in August stating that no new online gambling licenses would be issued and that no existing licenses would be renewed when they expire at the end of this year. The directive was intended to protect “security, public order and social order,” as well as to ensure good relations with its neighbor China, on whose citizens most Cambodia-based online operations relied for customers.

The government collected $50m from the casino industry in 2018 and expects to reap the same reward this year, but Minister Pornmoniroth said this figure “will drop in 2020 because online gambling is banned.”

Ros Phearun, the deputy director-general of the financial industry department at the Ministry of Finance, said Tuesday that the ministry had issued 215 gaming licenses, a significant increase from the 150 that had been issued at the end of 2018. (It’s unclear how many of these licenses are active.) Phearun added that most of these licenses were issued for operations based in Preah Sihanouk province.

Most Sihanoukville gaming operations were run by Chinese nationals, many of whom reportedly upped sticks and left the region following the online ban announcement. Minister Pornmoniroth said Cambodia “needs Chinese investment, except for online gambling,” and that the ministry would “work out a new system” for Sihanoukville “to attract scrupulous Chinese investment.”

In the meantime, the Chinese exodus from Sihanoukville – and other gaming hubs such as Poipet and Bavet – has reportedly caused a steep devaluation in local real estate values. Developers who borrowed heavily to build new apartment blocks during the boom are now left holding large debts with no revenue coming in.

Local media quoted Kim Heang, CEO of Khmer Real Estate, saying apartments that used to rent for $20k per month to Chinese nationals working in the gaming industry now can’t find takers at $8k per month. Heang suggested the government might want to delay its online gambling licensing ban by another year to give local property owners more time to adjust to the new reality.