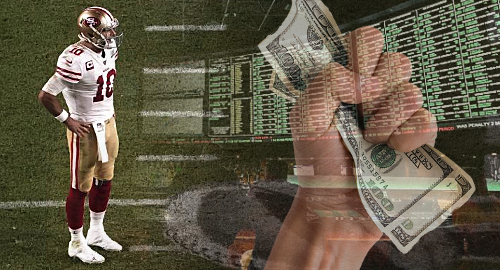 Figures released Tuesday by the Nevada Gaming Control Board show the state’s licensed sports betting operators took in just under $154.7m in wagers on Sunday’s big game, around $8.7m better than the books reported on 2019’s big game and second only to 2018’s record $158.6m.

Nevada books kept just under $18.8m in revenue based on a 12.1% hold, the best win rate since 2014’s 16.5%. The books got a lot of help from Kansas City QB Patrick Mahomes, whose decision to take a knee on the game’s three final snaps resulted in a combined loss of 15 rushing yards, pushing his rushing total well below most bettors’ expectations on one of Sunday’s most popular prop bets.

In Pennsylvania, the state gambling regulator announced Tuesday that its locally licensed sportsbooks were also net losers on Sunday with $3.33m in red ink. Pennsylvania sportsbooks handled a total of $30.7m in Super Bowl wagers, of which $24m was bet online or via mobile devices.

Last year’s big game came before Pennsylvania had launched its first online sportsbooks, so no year-on-year activity comparison can be made. However, the Pennsylvania Gaming Control Board noted that state-licensed betting sites attracted almost 200k unique visitors on Sunday, roughly twice the number that would log on during a regular season NFL game.