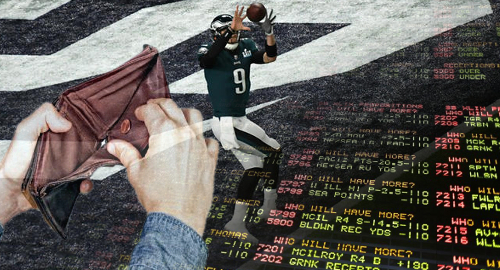 Nevada casino sportsbooks crushed their previous record for Super Bowl betting handle, but their net win was the lowest in ten years.

On Monday, the Nevada Gaming Control Board revealed that state-licensed sportsbooks handled $158.6m in Super Bowl wagers, over $20m higher than last year’s then-record $138.5m. The books have set handle records in four of the last five years and have topped $100m in wagers every year since 2014.

The books got pummeled by a majority of bettors believing that the final score would exceed 48 points, and in taking the underdog Eagles to win straight up. There were five bets of at least $1m, four of which were on the Eagles, including a $3m money line wager placed with the MGM Grand late last month.

William Hill US accepted two of those $1m wagers, and trading director Nick Bogdanovich told VSiN that his shop suffered a “multi-million” dollar loss on the day, including $3.2m to the infamous Bettor X who made a killing on last year’s World Series.

Interestingly, Bogdanovich said the still unidentified Bettor X placed two separate $1m wagers via Hills’ mobile betting app, although he had to set up a wire transfer to complete the bets.

The game’s offensive fireworks did a number on most books’ prop wagers, including the Westgate Superbook, whose VIP of race & Sports Jay Kornegay said the book was “destroyed on props.”

Things were most upbeat across the pond, as eGaming Review reported that many books, including Kindred Group and Ladbrokes, were counting on an Eagles victory. Ladbrokes’ Jessica Bridge noted that the Eagles were “friendless throughout the season, so we were cheering them on as a Patriots win would have been a bad result.”