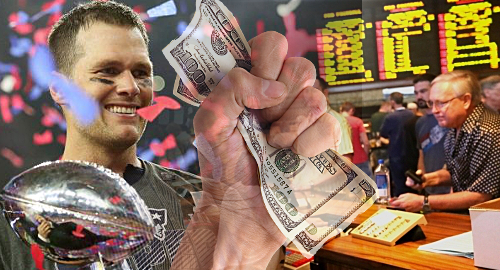 Nevada sportsbooks enjoyed record betting handle on the 2017 Super Bowl, while grinding out their third-highest win in the past decade.

Nevada’s handle on the big game has grown by nearly 40% since 2013’s $99m, with mobile wagering playing a major role in that growth. Among the big game’s big losers was the unidentified punter who bet $1.1m on Atlanta via his mobile betting app with a CG Technology-powered sportsbook.

The books kept $10.9m of this year’s betting volume, representing a 7.9% hold. While the total represents the third-highest win in the last 10 years, it pales in comparison to the record $19.7m the books earned from the Seahawks pummeling the Broncos in 2014, or last year’s $13.3m when the Broncos defeated the Panthers.

It’s now been a full decade since Nevada books went $2.5m out of pocket thanks to the Giants beating the Patriots in 2008, the last time the state’s betting operators lost money on a Super Bowl.

Besides the city of Atlanta’s pride, anecdotal reports indicate there were a few other notable casualties from the Falcons’ second-half collapse, including a $470k money-line wager at MGM Resorts. Also crying into their beers were two Falcons futures bettors, one who had a $1k stake at 100:1 riding at the Westgate and another with $5k at 40:1 at a CG Tech book.

There’s no confirmation as to whether any of those punters were the same disgruntled bettor who hurled a beer bottle through the brand new video wall at the Santa Fe Station’s sportsbook. Fortunately, ESPN’s David Purdum tweeted that the damage is already well on its way to repair, while the bettor is (hopefully) regretting having to add that repair bill to the money he lost via his wager.