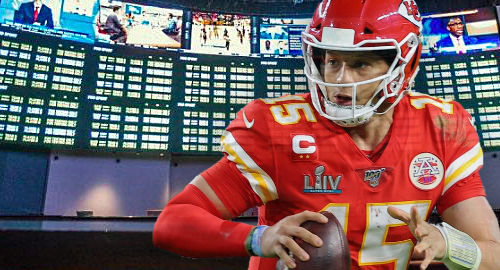 New Jersey sports bettors took the sportsbooks for a ride on Super Bowl Sunday, resulting in the second straight net loss of over $4m for the books on the NFL’s big game.

On Monday, the Associated Press reported that preliminary data shows New Jersey’s online and land-based sportsbooks generated handle of $54.2m on the 2020 Super Bowl, a significant improvement over the $35m the books handled on 2019’s big game, which was the first under the state’s new legal betting environment.

There was a modest improvement in the New Jersey books’ revenue performance, which went from a $4.6m loss in 2019 to a $4.3m loss this year. But the casinos may prove winners in the end if the long lines of bettors packing the Atlantic City casino sportsbooks took time to grab some food, a beer or two and maybe lost some of their winnings at the casinos slots and gaming tables after the trophies were handed out.

Nevada, which reported four times the handle in New Jersey during the 2019 Super Bowl, won’t report its 2020 numbers until Tuesday. But it’s widely expected that Nevada will once again crush its east coast betting rival in terms of handle, while also enjoying a positive return in terms of betting revenue.

In Mississippi, which limits wagering to land-based action at casinos, bettors reportedly wagered $6.7m on Sunday but the Mississippi Gaming Commission has yet to report how much the books may have lost or won.

New Hampshire’s betting market is only one month old but the state’s bettors splashed out $2.3m on Sunday. Delaware kept about 10% of its handle of $2.1m, while the Oregon Lottery’s betting monopoly earned revenue of $150k on handle of around $2m (which would likely have been higher if its Scoreboard betting app wasn’t its usual wonky self).