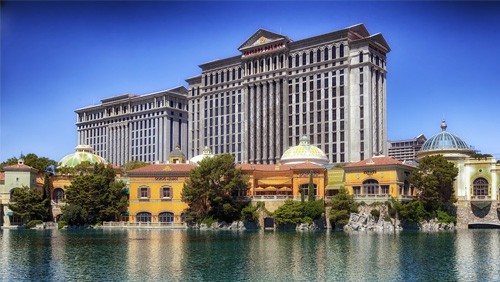 As the acquisition of Caesars Entertainment Corp. by Eldorado Resorts continues its path toward completion, the latter has to find approval from gambling regulators in all areas where business is conducted. Eldorado was given a nod of approval by regulators in Missouri last month for the merger, and has just announced that it has taken another step forward. The Louisiana Gaming Control Board (LGCB) has just

greenlighted the merger, as well.

Eldorado acknowledged the LGCB’s acceptance in a statement this week, explaining, “Eldorado announced that at a meeting today, the Company received approval from the Louisiana Gaming Control Board in connection with its pending acquisition of Caesars Entertainment Corporation, subject to customary conditions.” Sixteen states, including Nevada and New Jersey still have to agree to the merger, but getting the second approval is a step in the right direction.

Once this acquisition finally wraps up, what will emerge is the largest gaming company in the U.S. Both Eldorado and Caesars are having to shed some of their properties to reduce the financial burden and to make the deal more apparent, and Louisiana’s approval comes just after Eldorado sold its Eldorado Resort & Casino in Shreveport to Maverick Gaming for $230 million in cash.

That sale reduced the post-merger footprint to just five properties in Louisiana, including Isle of Capri, the Belle of Baton Rouge, Harrah’s Louisiana Downs, Harrah’s New Orleans and Horseshoe Bossier City. Given that there was no resistance on the part of the gaming board, it’s unlikely that any further reduction in the Pelican State will be necessary.

However, there will be other properties eliminated from the long list of gambling venues controlled by the two companies, especially in Nevada. Caesars has already begun work on shrinking its level of activity in the state, making a move to sell the iconic Rio and Harrah’s Reno. The latter deal was just announced this week, and will see the property sold to Vici Properties, a real estate investment trust, for $50 million.

There is no word on when the Eldorado/Caesars merger will be completed – that mostly depends on how quickly approvals can be received.  It’s expected that regulators in New Jersey will take the deal into consideration sometime this month. Caesars has three properties in the state – Bally’s, Caesars Palace and Harrah’s – and Eldorado has the Tropicana, a casino it just purchased less than two years ago. It’s likely that one or more of the properties could be put on the market, not just to alleviate any potential concerns about the size of the post-merger company, but because the local gambling market is increasingly seen as being oversaturated.