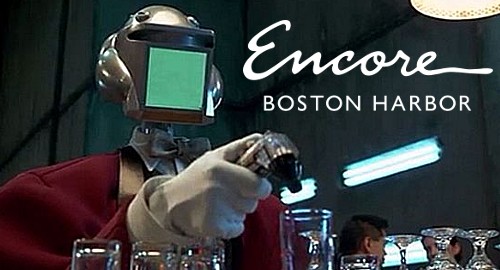 On Tuesday, Boston’s local Fox affiliate reported that Wynn Resorts’ flashy $2.6b Encore Boston Harbor casino was laying off around 70 non-union staff, whose last day on the job was supposed to come next Friday. Encore reportedly held a job fair for affected staffers on Monday.

Worse, many of the affected staff who work behind the scenes filling drink orders for cocktail servers will reportedly be replaced by automated drink dispensers, aka robots. Wynn rival MGM Resorts announced something similar last spring as part of its plan to reduce 3% of its payroll.

Encore Boston responded to the report by avoiding any confirmation of job cuts, but would say it would “continue to right size our business” while doing what it could to find affected staff a new gig. Encore also claimed its new drink-serving robots would “significantly improve both the speed of service and provide a better guest experience.” (Perhaps, but only because they don’t have eyes to roll when drunk gamblers start talking about the girl that got away.)

On Wednesday, Wynn officials told Boston.com that “it has been inaccurately reported that 70 positions have been eliminated and/or replaced by automated beverage dispensers.” But the statement didn’t offer any specifics to counter these claims, saying only that it “cannot project the number of positions that will be impacted.”

Encore opened with great fanfare in late June but the buzz quickly subsided, at least on the gaming floor. The property’s gaming revenue peaked in August and then declined every month through October. Revenue staged a minor rebound in November after the casino cut its table game minimum bets from $50 to just $15 after apparently realizing that there were only so many high-rollers in the greater Boston area.