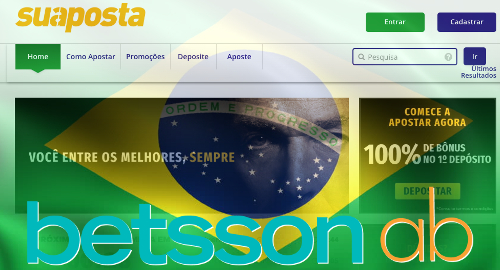 On Tuesday, Games Magazine Brasil reported that the Stockholm-listed Betsson had taken a 75% stake in Suaposta, Brazil’s only locally authorized horseracing online betting operator. Suaposta is run by the Rio Grande do Sul Jockey Club (JCRGS), which has been operating from its Porto Alegre headquarters for over a century.

Suaposta’s founders André Gelfi and Fernando Corrêa will reportedly continue to direct the company’s local operations. Gelfi told GMB that joining forces with Betsson “puts us in an interesting position to contribute to the development of the onshore sports betting market in Brazil.”

Suaposta may have an illustrious history but the racing game in Brazil hasn’t been spared the sector’s challenges, including an inability to convince younger bettors that racing isn’t dull as dishwater. In late November, the JCRGS board of directors posted an editorial bemoaning the lack of “government incentive” in ensuring the future of local racing.

The editorial noted the imminent arrival of legal sports betting in Brazil, noting that this would become “another instrument of competition” that racing would have to face. But if you can’t beat ‘em, join ‘em, and it was the board’s view that the JCRGS “should prepare to enter this medium too, otherwise we lose another slice of the gambler market.”

Betsson has yet to publicly acknowledge the Suaposta deal, but its new local tie-up would put Betsson in a comfortable position while it – and the rest of the international online betting industry – waits for Brazil to finalize its new sports betting regulations and begin a likely equally laborious process of accepting and processing betting license applications.

BRAZIL SAYS NO REDUCTION IN BETTING TAX … FOR NOW
Despite pleas from some Brazilian betting hopefuls during the recent consultation process, government officials were unable to convince legislators to revise the current tax plans, which call for a 3% tax on online betting turnover while retail operators will pay 6%.

Speaking at this week’s Online Gaming Summit Brazil, Ministry of Economy under-secretary Waldir Eustáquio Marques Jr. admitted to attendees that the proposed tax rates – which work out to between 30% and 35% of operators’ gross gambling revenue – were “high,” but the government hopes to eventually revise these figures to a more manageable level through a decree that wouldn’t be subject to public debate.

The current expectation is that the sports betting regulations will be published in January but Marques said the actual release could be (surprise!) delayed. Marques somewhat optimistically added that the government hoped to get legal betting underway by June 2020.