South Korea seems to be picking up speed as the go-to destination for international gamblers. If the latest financial data coming out of the country’s only two foreigner-only resorts are an indication, things are looking up and South Korea is excelling in a region that has seen a lot of difficulty with its casinos this year. 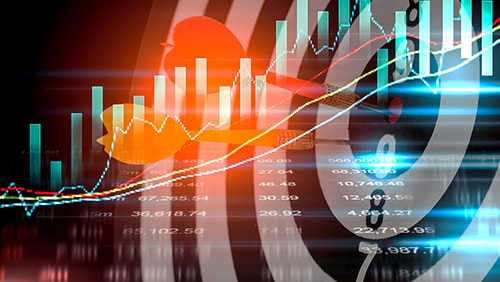 Paradise Group has released the financial health of the four casinos it operates in South Korea. These include Busan Casino, Jeju Grand, Paradise City Incheon and Paradise Walkerhill. The company saw its revenue hit $56.4 million in November. This is a year-on-year increase of 31.6% and follows a trend that has been seen several times in 2019.

Table game revenue jumped 35% year-on-year to reach just over $54 million. Machine games, however, weren’t as attractive last month as they were a year ago and revenue for the sector slipped 7% to $3.29 million.

From January to November of this year, Paradise has seen its casino revenue increase 23% over the same period in 2018. The company reports total revenue for the 11 months of $598.58 million, with table game revenue and machine revenue increasing 24.3% and 5.9%, respectively. Table drop during the period increased by 18.5% to $5.239 billion.

The latest jump follows a solid third quarter at Paradise’s operations, just as analysts had previously predicted. The company reported earlier that its revenue for July through September was 30.4% higher year-on-year, helping it to pick up profits of $28.63 million.

Grand Korea Leisure Co. Ltd (GKL), the government-run company that competes with Paradise for foreign gamblers in South Korea, reported that its sales had increased by 8.2% in November compared to a year earlier. Table games were the favorite target, just like with Paradise, and enjoyed an increase of 9.2% year-on-year to reach $33.73 million.

GKL’s November performance was also a 23.4% increase over what had been seen in October. However, despite the welcome gains, the company’s overall revenue for the first 11 months of the year is down 1.1% compared to the same period in 2018. The company, which operates two Seven Luck-branded casinos in Seoul and Busan, reports that overall revenue for the period came in at $369.51 million.

The state-run gambling venture may be experiencing a little difficulty this year, as has already been seen, but the overall numbers aren’t yet reasons to worry. Bolstered by a strong performance at Paradise, GKL will be able to play off that success and get some of the company’s overflow as South Korea continues to gain in the gambling race.