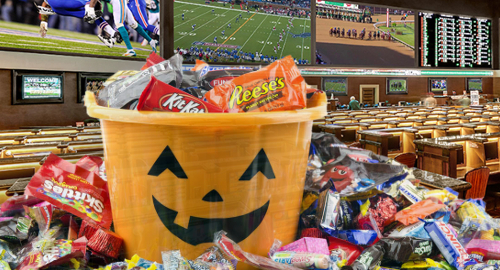 Nevada casino gaming revenue suffered a small dip in October but still managed to top the $1b mark for the sixth time this year.

Figures released Tuesday by the Nevada Gaming Control Board show statewide casino gaming revenue of $1.02b in the month of October, down 3.8% from the same month last year and down a similar slice from September 2019’s tally. For the first four months of Nevada’s current fiscal year, gaming revenue is up 2.5% to $4.06b.

Sports betting provided another positive note, as sportsbook revenue soared 62.1% to $47.9m despite betting handle rising only 2.9% to $544m. For the record, New Jersey’s sportsbooks reported revenue of $46.4m and handle of $488m in October, impressively close to toppling Nevada but just out of reach.

Most of Nevada’s October sportsbook rise came via football, which saw revenue jump 131.6% to $26.2m. Football betting hold hit 7.36%, a four-point rise from October 2018, which saw a rash of favorites cover their spreads.