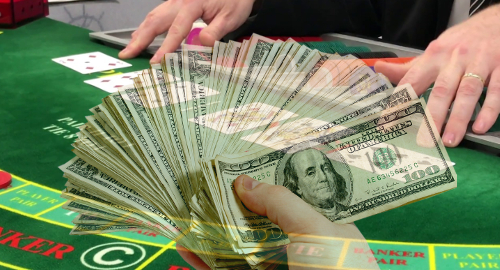 Nevada casino gaming revenue hit a 2019 peak in September and beat the state’s previous record for the month.

Figures released Wednesday by the Nevada Gaming Control Board showed statewide casino gaming win of $1.06b in September, a 6.8% improvement over September 2018’s result and a new high-water mark for the year. It also marked a new state record for the month of September, topping the 2007 tally by around $100k.

The state’s sportsbooks brought in a respectable $52.07m in September, although this was well below the record $56.3m the books reported in September 2018 and slightly behind the previous September best of $53.4m set in 2012.

Betting handle also failed to match the September 2018 record of $571m, coming in around $546.3m, although that was good enough to reclaim the betting crown from those upstarts in New Jersey, who reported a local record handle of $445.5m in September.

To no one’s surprise, the return of another National Football League season drove Nevada’s September betting results, although the nearly $39.1m the books won from football was down 11.9% year-on-year. Baseball fared far better, with revenue up 79.2% to $7.6m.

Parlay wagering revenue fell by more than one-fifth to $5.4m, while the ‘other’ category was down 41.1% to just $872k and lazy basketball bettors cashed in $912k worth of overdue winning tickets. The state’s pari-mutuel race bettors left $2.6m with the books in September, down 22% year-on-year.