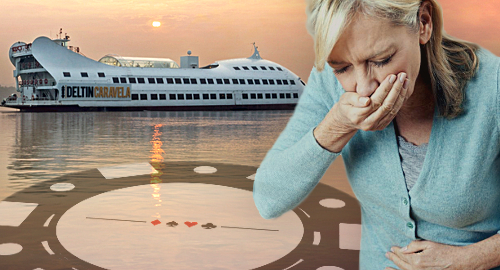 A floating casino in the Indian state of Goa is on the move to a new temporary berth, but there’s still no word on when the state will identify a permanent home for its six shipboard gaming operations.

This week, local media reported that the Deltin Group, an offshoot of India’s main casino operator Delta Corp, had received state approval to shift its Deltin Caravela casino to a different spot on the Mandovi river. The river is currently home to all six floating casinos, three of which are operated by Deltin.

Amid growing public discontentment, Goa’s government has for years now been trying to shift all six casinos to some other location, ahead of a permanent onshore relocation to a spot near Goa’s in-development airport. But public opposition from these other temporary aquatic berths has kept Goa’s floating casinos in perpetual limbo.

The Deltin Caravela’s temporary relocation has nothing to do with public angst and everything to do with a desire to reduce the volume of vomit on deck. Local media reported that the boat’s current mooring spot is prone to heavy rolling and pitching when the tide changes, causing ‘discomfort’ to its gambling clients.

GOA’S MEN MAD ABOUT MATKA, MEH ON CASINOS
Meanwhile, a survey has revealed that, while nearly half of Goa’s male population are active gamblers, the state’s casinos just aren’t that popular with the locals. A gambling prevalence survey of 1,514 local men published in the Asian Journal of Psychiatry showed 49.9% of respondents had gambled at some point in their life and 45.4% had done so in the past 12 months.

Unsurprisingly in a country that strictly limits gambling access, the lottery remains the most popular form of betting at 67.8% participation, followed by matka – a card-based lottery-style game – at 52.3%, after which things drop off dramatically to other card games (7.6%), dice (4.7%) and sports betting (3.3%).

Matka was the most frequent gambling activity, with nearly 40% of local men playing the game more than once per month, while sports betting ranked second at 18.2%. Sports ranked highest (9.1%) for gambling more than three times per week, with matka second at 5.5%.

However, only 1.1% of respondents admitted visiting a local casino at least once per month, suggesting there’s not much justification behind the government’s oft-stated (but never realized) plan to prohibit local residents from crossing a floating casino gangplank.