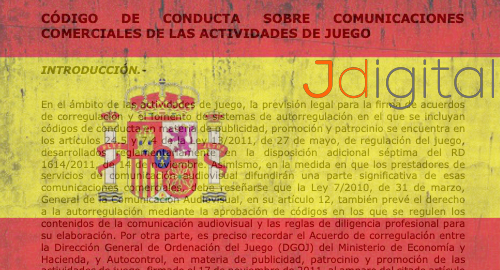 Spain’s online gambling operators have agreed on a new self-imposed advertising code in the hopes of warding off even more draconian restrictions by the country’s new coalition government.

Most of the changes are fairly similar to voluntary codes in other regulated markets that have been feeling the heat, including prominent responsible gambling messaging in all ads, prohibiting depictions of famous athletes participating in gambling, no celebrity endorsements if the celebs have a predominantly youthful following, and no depictions of anyone gambling who appears to be under the age of 25.

Promotional pitches must also limit welcoming bonuses to a maximum of €200, and bonus offers can’t be made during live broadcasts of sports, racing or other events of a “competitive nature.”

However, the new rules don’t call for a blanket ban on all gambling advertising during live sports events, as opposed to other markets such as the UK, where operators agreed to a ‘whistle-to-whistle’ advertising ban starting five minutes before an event kicks off and lasting until five minutes after the event’s conclusion.

Jdigital’s members, which include international names like Bet365, GVC Holdings and The Stars Group alongside local brands Luckia and R Franco, is hoping their new code will convince the government that harsher measures aren’t necessary. The previous administration had previously threatened a crackdown on gambling ads, a move that was supported by the country’s ombudsman.

Last week’s Spanish general election once again failed to produce an outright winner, leading to frantic coalition talks among the main parties in the hopes of forming a parliamentary majority.

A preliminary coalition agreement has since been struck between the ruling PSOE party and anti-austerity party Unidos Podemos (UP), which has been among the most vocal in seeking to restrain Spain’s gambling operators.

UP came under fire during the election for promoting a local ‘reggaeton’ artist who sang the evils of PSOE leader Pedro Sánchez. The youthful artist, Adan Zurdanov, had previously appeared in an allegedly random ‘man on the street’ television interview in which he claimed his life had been so ruined by local bookmakers to the point that he couldn’t afford to buy food.

Local sleuths eventually linked the supposedly skint betting victim to a YouTube channel depicting a glamorous trip through Southeast Asia. The flashy video was promptly taken offline, but it does give one pause regarding other testimonials of this sort.