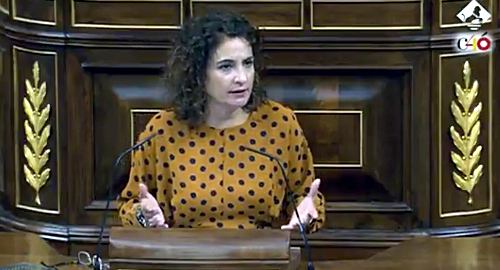 Spain’s online gambling operators will still be permitted to market their products, but the government intends to severely limit their capacity to do so going forward.

In an address to legislators on Wednesday, Finance Minister María Jesús Montero announced that the government would release specifics on its “ambitious and useful” online gambling ad restrictions in the near future. But Montero (pictured) claimed that the government had no plans to impose an “absolute prohibition of publicity” like the kind recently imposed in Italy, noting that gambling was a legal activity regulated by the government.

That said, tobacco is also a legal activity regulated by the government, a fact that won’t necessarily reassure gambling operators. Spain prohibits tobacco advertising from appearing on all broadcast media, in domestic newspapers and magazines, outdoor signage, paid placement in TV or film, and all sponsorship of events, activities, individuals or organizations.

Local media reported that Montero clarified that online gambling operators would be constrained to a “very limited” menu of advertising options, restricting ads to “environments where it does not harm consumption.”

Gambling ads would be banned from airing during broadcast periods in which children were likely to be watching/listening, and no ads would be permitted at sporting events. Also, celebrities and other public figures – including star athletes – would be barred from participating in gambling marketing.

Last week’s announcement of the budget deal and its implications for the gambling sector appears to have contributed to a sharp sell-off of shares in at least one domestic operator. Codere’s stock price fell from €7.30 on Thursday to as low as €5.57 in early Monday trading, and currently sits at just over €6.