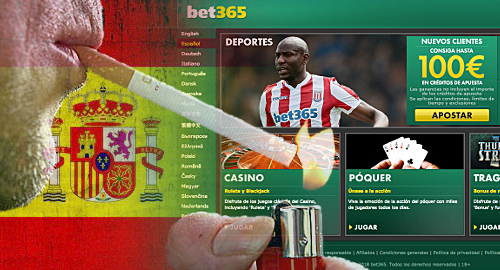 Spain’s online gambling operators could face significant new restrictions on their ability to advertise, following a budget deal between the current minority government and a rival party.

The new budget’s section on the regulation of online gambling and betting advertising calls for these ads to be treated “similar to that of tobacco products.” The document claims such measures are necessary because sports broadcasts are “flooded with ads that offer live betting,” which is “generating serious addiction problems.”

The budget’s gambling text also calls for increased responsible gambling messaging, providing players with more data to alert them to potential problem gambling behavior, while allocating “a percentage” of online operators’ licensing fees “to repair the negative effects produced by the game activity.”

The ‘gambling = tobacco’ concept has been met with protests from Mikel López de Torre, president of Spanish online gaming operators association jDigital. López de Torre told La Vanguardia that restrictions on operators’ ability to advertise will only increase the size of the online black market, because Spanish-licensed operators’ ability to advertise locally is “the only differential weapon” operators have to compete with internationally licensed sites.

The Spanish Association of Advertisers is also sounding the alarm over the proposal, clearly not eager to surrender the lucrative revenue stream they derive from Spain’s gaming sector. Ditto for Spanish sports teams and associations, who fear the loss of their lucrative gambling sponsorships.

Alejandro Landaluce, who heads up the CeJuego industry association, was quoted in Cinco Dias saying that any new gambling advertising restrictions must be applied fairly, i.e. they must also apply to state-run lottery operators SELAE and ONCE.

Spain’s Dirección General de Ordenación del Juego (DGOJ) regulatory body is preaching calm, saying that there’s no sense in panicking until some flesh is put on the budget’s bones and everyone can understand exactly what they’re facing.

Spain’s online gambling sector has to date been operating under a self-regulated advertising regime, with predictable consequences. El Pais quoted an academic at Madrid’s Carlos III University who claimed there were 2.5m gambling ads across all media last year, a more than three-fold increase from 2016’s total.

Official DGOJ stats showed that online operators spent €81.3m on promotional activity – of which €41.1m was advertising spending – in just the first half of 2018. That’s a 55.2% year-on-year rise, but the numbers were goosed by sports betting sites preparing for the 2018 FIFA World Cup.

Efforts to restrict gambling advertising have been spreading across Europe, including an absolute prohibition approved in Italy this summer, while UK-licensed operators are proposing their own curbs in the hope of avoiding even more stringent government-imposed rules.

The popularity of Spain’s online gambling sector was on full display in a recent report by the España que publica la Comisión Nacional de los Mercados y la Competencia. Over the first quarter of 2018, online gambling led all sectors in the number of individual eCommerce transactions (7.1% of the total), while ranking fourth in the total financial value of eCom transactions (4.2%).