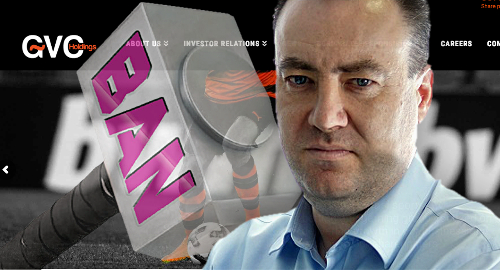 UK gambling operators are ready to adopt new curbs on their television advertising, possibly because even worse restrictions await if they leave things up to the government.

On Sunday, City AM quoted GVC Holdings CEO Kenny Alexander saying the flood of betting operator adverts during this summer’s FIFA World Cup broadcasts had gotten “out of hand.” Alexander claimed there was a growing number of his UK peers who also felt “there are far too many ads” on local television.

Alexander suggested the best way forward was for his company to “make the changes collaboratively with the rest of the industry, which might be difficult, and ultimately it’s up to the government to decide if they want to legislate or not.”

Alexander put his spotlight on ads airing before the 9pm ‘watershed’, saying they ran the risk of appealing to the “younger generation” who currently might not be old enough to legally gamble but “will be able to in a year or two.”

Under the current rules, UK gambling operators are prohibited from running ads prior to 9pm, although there is a carve-out for live sports broadcasts. It’s these live sports ads that earned the public’s ire during the World Cup.

Alexander acknowledged that further marketing curbs “could affect business,” but claimed that an industry-wide approach would ensure there was a “level playing field” that would “affect everybody in the same way.” Notably, Alexanders’ plan would exempt racing – the gambling world’s eternal unicorn, of which criticism is akin to treason – from the new restrictions.

Alexander intends to submit his advertising proposals to a parliamentary committee on Tuesday. Assuming legislators like what they hear, Alexander suggested that these new rules could be in place “by the end of the year.”

Alexander’s offer isn’t entirely altruistic. In September, GVC’s boss dismissed suggestions that his company would be materially impacted from any new advertising restrictions, based on his belief that the ubiquitous high-street betting shops GVC acquired in its deal for Ladbrokes Coral Group will keep the betting brands firmly established in punters’ minds.

Alexander claimed a similar retail presence in Italy (via its Eurobet brand) would help ward off the worst effects of that country’s blanket ban on gambling marketing and sponsorship. Under the new rules, Alexander claimed that “in-store recruitment of customers becomes the only viable way of attracting customers online.”

Alexander’s comments came just days after a UK Gambling Commission exec warned operators that they faced a “brewing storm” due to the “hardening public and political mood” toward the excesses of gambling advertising.

Monday also saw Tory peer Lord Chadlington publish an op-ed in parliament’s magazine The House urging the government to adopt Australia’s ban on gambling ads during daylight hours. Chadlington claimed this view was supported by the Labour party and “great swathes of the UK population,” at least, according to recent opinion polls, “so why don’t we just get on with it?”