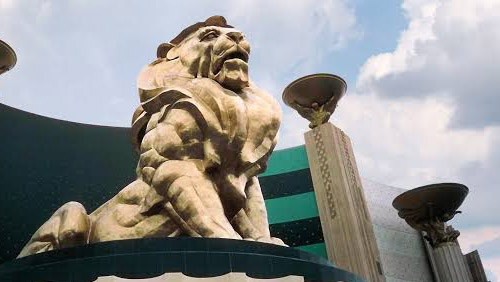 As MGM continues to trim its portfolio in an effort to reduce its overhead, it is prepared to sell three Las Vegas casinos. The Bellagio, Circus Circus and the MGM Grand are changing hands, which will greatly cut expenses. If these moves were going to impact the casino company’s real estate investment trust (REIT), analysts expect just the opposite. John DeCree of Union Gaming (UG) predicts that MGM Growth Properties (MGP) will most likely excel.

In an update provided this week, the analyst highlights other MGM venues, such as MGM Springfield in Massachusetts and CityCenter in Las Vegas, as being great potential sources for revenue growth. In addition, the gaming REIT sector is gaining steam as more sale/leaseback deals are worked, and Decree believes that “MGM’s strategic real estate review will shake something loose for MGP in the next couple of quarters.” He adds that MGP could see even greater share liquidity if MGM were to reduce its stake, an idea that the upper brass has been tossing around for some time.

After the Bellagio land went to Blackstone Real Estate Income Trust and Circus Circus was picked up by a Treasure Island affiliate, deals worth a total of about $5 billion, MGM is still in a great position for its rent coverage. Decree asserts, “In 2019, we estimate net rent coverage of 4.5x on a pro forma basis under the MGM lease (accounting for the sale of Circus Circus and the Bellagio real estate).”

MGP’s regional portfolio in Vegas deserves more attention. Referring to a third-quarter earnings call led by MGP management yesterday, Decree explains, “On today’s earnings call, MGP’s leadership team noted that they don’t believe there is a ceiling on some of their prized regional assets, particularly in the context that the Bellagio real estate recently sold for 17.3x rent. Some of these unique assets include the MGM National Harbor, MGM Detroit, Beau Rivage in Biloxi, and the Borgata in Atlantic City. Management also noted that they would be willing to sell one of these assets to a third-party buyer if it made sense for shareholder value.”

Despite a few months of this year showing results that weren’t as great as had been expected, the overall casino market continues to grow and casino real estate valuations continue to reach new heights. September was an especially productive month for Nevada, with a new revenue record being set with a $1.06-billion casino win. Because of the continued strong performance, UG sees MGM as a stronger candidate to reap the benefits of the growth and has raised its price target to $38 from its previous $34. UG sticks by its “Buy” rating and believes shareholders are going to be able to benefit nicely over the next several years.