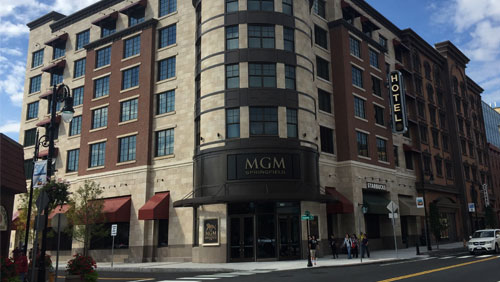 MGM Springfield may be suffering from a decline in revenue, but it shouldn’t take that out on its employees. A dealer at the Massachusetts-based casino has accused the property of short-changing him on his salary, entering a federal lawsuit to try to recuperate lost wages. Shawn Connors filed the lawsuit this past Monday and his legal team is in the process of trying to convince the courts to give the case class-action status because it might also apply to around 100 employees at the casino.

The dispute comes as part of growing challenge seen across the country. In many cases, employees who are eligible to receive tips are paid lower than the standard minimum wage rate, with companies arguing that the tips more than make up for the difference. However, these employees assert that the tips are for providing outstanding service and should not be considered part of the wages.

This is the case with Connors, according to the Boston Globe, since he has been receiving just $5 an hour. He states that he was never told that he would earn so little, which MGM Springfield was reportedly obligated to tell him when he was hired by the company just before the venue opened in the summer of 2018. He is still employed by the casino, but his lawyer, Benjamin Knox Steffans, explains, “Shawn’s expectation, like all employees, is that they’ll be paid consistent with federal wage and hour laws. That turned out not to be the case.”

The complaint doesn’t mention how much money Connors is hoping to get out of the lawsuit and that amount will certainly be contingent upon whether or not the case is given class-action status. The final calculation of damages will be decided based on the employees’ actual pay, what they should have been paid under established wage laws, and court and attorney costs.

This isn’t the first time MGM Springfield has faced a lawsuit this year over allegations that it has been keeping more than its fair share of money. Blackjack players filed a class-action suit against the casino this past August after asserting that the venue wasn’t paying out winnings in accordance with state laws. A similar suit against Encore Boston Harbor was later dismissed after regulators determined that no violations had occurred. The same is expected of the MGM Springfield suit.