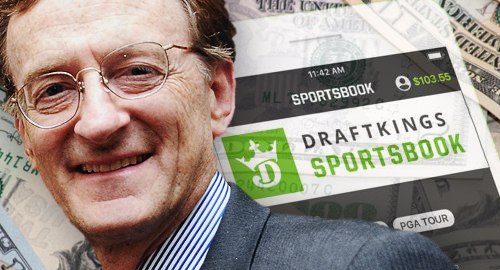 On Wednesday, Bloomberg reported that Diamond Eagle Acquisition Corp, a special-purpose acquisition company (SPAC), was in ‘advanced talks’ to acquire DraftKings. The talks are reportedly exclusive but nothing has been carved in stone and the talks may fail to produce any deal.

Diamond Eagle, which raised $400m in an initial public offering in May, was founded by Hollywood exec Jeff Sagansky (pictured), who in March 2018 tried to use a different SPAC called Platinum Eagle to acquire FanDuel. The deal was pitched as a ‘reverse merger,’ which would allow the (at the time) privately held FanDuel go public without having to go through its own IPO.

As with the DraftKings negotiations, Platinum Eagle was said to be in ‘advanced talks’ to seal the FanDuel deal. In the end, FanDuel’s US-facing operations were acquired two months later by UK betting giant Paddy Power Betfair, so it’s worth emphasizing that talking doesn’t always lead to kissing.

Should the SPAC deal not go through, DraftKings is reportedly mulling yet another funding round. That would make 11 such funding exercises that have collectively given the company close to a billion dollars in working capital over the years.

DRAFTKINGS CLEARED TO SOFT-LAUNCH PENNSYLVANIA BETTING APP
In more concrete DraftKings news, the company is preparing to launch its digital sports betting product in Pennsylvania after the Pennsylvania Gaming Control Board approved the company’s betting license at its Wednesday meeting. The app will undergo the mandatory test period starting Monday, November 4, with a public launch a few days later, assuming no hiccups emerge.

Pennsylvania currently has five online betting options, and FanDuel has already established itself as the state’s unquestioned online betting leader, capturing more revenue in September than its next two closest online competitors combined.