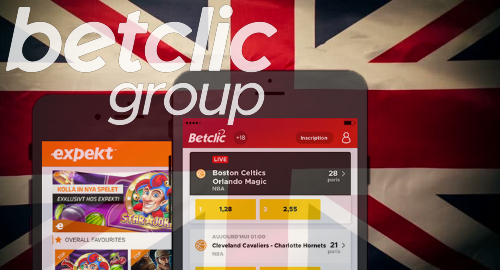 French online gambling operator Betclic Everest Group is withdrawing from the UK market, the latest in a series of operators to get Brexit done before Boris Johnson.

This week, Betclic Everest’s affiliates and UK customers learned that the operator would be pulling all of its Betclic Group brands – including Betclic, Everest and Expekt – from the market effective October 31. Deposits are no longer possible and customers have been given until December 6 to withdraw the funds from their accounts.

The company explained its abrupt UK skedaddle by saying Nigel Farage was a right twat and Tommy Robinson wouldn’t stop hurling milkshakes across the English Channel at Betclic’s head office. (Just kidding.) In reality, Betlic said simply that the UK was a “very competitive market” and its brands had suffered from “low performance.”

It’s not like Betclic’s overall performance is suffering. In September, eGaming Review reported that the company’s revenue in the 12 months ending June 30 had risen 27% year-on-year and earnings were up 39%, while its Bet-at-home division had seen profits nearly double in the first half of its fiscal year.

Betclic’s withdrawal from the UK is the latest in a series of operators who’ve concluded that the market isn’t worth the price of admission. In April, 188Bet shut its UK- and Ireland-facing business, calling it “a commercial decision in a very competitive market.”

In August, JPJ Group pulled its Vera&John and InterCasino brands from the UK in order to streamline its local focus on its Jackpotjoy brand. In September, Nordic operator Cherry AB’s ComeOn brand (and its subsidiaries) pulled the UK ejection seat in order to “focus on more favorable markets.”

The costs of operating in the UK have risen significantly in recent years as the UK Gambling Commission ramped up its regulatory enforcement, doling out hefty fines for social responsibility and know-your-customer shortcomings. This effort has been spurred on by an increasingly strident anti-gambling tone from local media, which has in turn prompted parliamentarians to pile on. Give it another year and UK punters’ options will be down to Bet365, FlutterStars and GVC Holdings, and possibly William Hill if it can manage not to be absorbed by the other three.