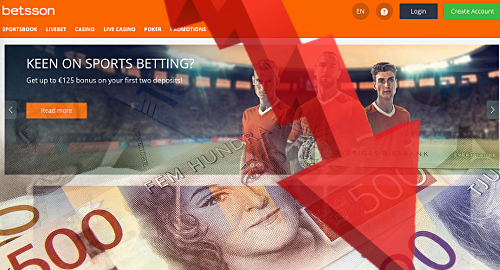 Online gambling operator Betsson AB insists that its long-term strategy is a winner despite “temporary downturns in individual markets,” including Sweden, Norway and the Netherlands.

Betsson’s mainstay online casino revenue fell 12% to SEK942.2m in Q3, while sports betting was down 7% to SEK314.6m. Despite Q3 2018 enjoying a boost from the latter stages of the FIFA World Cup, betting turnover actually nudged up slightly during the recent quarter and sports revenue would have been flat were it not for the World Cup impact. The success of Betsson’s in-house sportsbook has the company planning to license the technology to third-parties in 2020.

Betsson’s Swedish struggles and payment-blocking in Norway pushed its overall Nordic market revenue down 29% to SEK476.7m in Q3, while Western Europe fell 11% to SEK396.7m. The only regional boost came via the Central & Eastern Europe and Central Asia segment, which shot up 33% to SEK319.6m.

Betsson reported an 8% rise in its number of registered customers but active customers fell 8% during Q3 and customer deposits rose only 2%. Betsson also reported that daily average revenue to date in Q4 is down 8% from the same period last year but represents a 3% rise from Q3 2019, so perhaps the bleeding is slowing.

Betsson CEO Pontus Lindwall acknowledged that trading to date in 2019 “has continued to pose challenges,” and the ongoing wave of consolidation in the online gambling industry will likely “affect the Swedish market to a greater extent than we have seen so far” since the regulated market’s January launch.

The challenging Swedish market compelled Betsson to reduce its local marketing spending and reallocate that spending to other markets that offered “better returns,” although Betsson did re-up its sponsorship of the Swedish Hockey League during Q3. Betsson is also appealing the SEK19m fine imposed by Sweden’s gambling regulator this summer for improper bonus offers.

Betsson claims that the steps it took to bring its Netherlands-facing operations into regulatory compliance will have a “short term negative financial impact” but have placed the company “in the best possible position to obtain a [Dutch] license at the earliest possible time.”

Betsson’s Dutch-facing ops were penalized by the local gambling regulator in 2018 and the Dutch government has warned of a ‘cooling-off’ period that could prevent so-called ‘cowboy’ operators from making it to the January 1, 2021 starting gate for the Netherlands’ regulated online market.

Betsson’s shares closed out Thursday’s trading on the Stockholm exchange down 1.6% to SEK48.80, down nearly SEK40 from its 2019 peak in February.