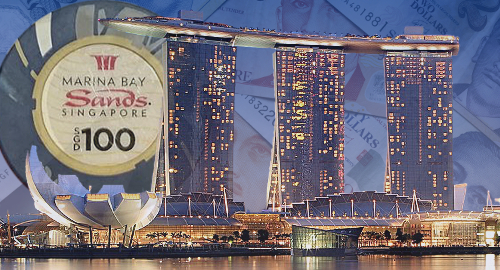 Casino operator Las Vegas Sands’ integrated resort in Singapore is being sued by a VIP gambler who claims the casino played Santa with millions of his dollars without his permission.

In late September, a Chinese gambler named Wang Xi sued Marina Bay Sands Pte in the High Court of Singapore in a bid to recover some SG$9.1m (US$6.6m) in funds he says were illegally transferred from his deposit account at the Marina Bay Sands casino to to other gamblers’ accounts.

According to a Bloomberg report, the cash was moved in 22 separate transfers between October and December 2015 to individuals Wang says he doesn’t know. Wang claims that he only discovered that the money was missing from his account in July.

After Wang approached the casino regarding the missing cash, casino execs told Wang that it had received letters bearing his signature authorizing the transfers. Wang is accusing the casino of failing to verify that he’d actually signed these letters before transferring the money.

These letters were allegedly signed in Macau but Wang said his signature had been copied and pasted onto the documents, the originals of which were destroyed by Marina Bay Sands for “reasons of confidentiality.”

Marina Bay Sands is usually on the other side of this equation, chasing down high-rolling gamblers who either can’t or won’t honor their credit markers. In June, the casino reached an amicable settlement with a Chinese VIP who’d resisted paying a $7.3m debt for five years.

It’s unclear what repercussions might befall Sands if it’s shown to have exercised insufficient oversight of its customers’ cash. Marina Bay Sands came off pretty good in Singapore’s last annual tally of regulatory fines, at least, in comparison to its crosstown rival Resorts World Sentosa, which was found lacking in terms of its system of internal controls and failing to comply with directions regarding its casino operations.