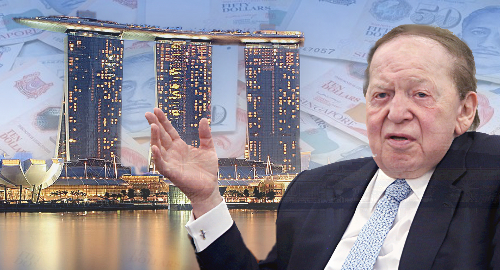 Last month, high-rolling gambler Luo Shandong appealed a summary judgment that said he owed the Marina Bay Sands casino $3.5m ($2.98m plus interest) stemming from an unpaid marker Luo ran up during a 2015 visit to the casino.

On Feb. 27, High Court Judge Choo Han Teck issued an order reserving judgment in the case. Choo said he was intrigued by the questions raised by Luo’s defense and would allow the appeal to proceed provided Luo deposited $3.5m with the court within 14 days.

In a nutshell, Luo claims that he owes MBS nothing because he already paid the outstanding sum to a company called Tian Du Gaming Promotion Company, which Luo claims is a Macau-based junket operator employed by MBS to provide credit to VIP gamblers.

Luo filed an affidavit from a former Tian Du manager supporting his claims to have paid the outstanding sum to Tian Du. But Luo further claimed that Tian Du declined to forward the money to MBS due to a dispute Tian Du had with the casino operator.

Luo says Tian Du then ran into financial problems, leaving it unable to pay MBS even it wanted to. According to Luo, MBS only began pursuing legal action against him once it realized that it couldn’t collect from Tian Du.

Finally, Lee rejected the notion that MBS had ever authorized Tian Du to serve as its agent “to provide credit or receive payment from Luo on behalf of MBS.” Lee insisted that none of MBS’ VIP gaming lounges “is operated by junkets, and MBS does not allow junket operations in its casino.”

After considering both parties’ arguments, Judge Choo acknowledged that the only direct contractual document in this case was the credit agreement Luo signed with MBS. Were it not for the former Tian Du manager’s affidavit, Choo said he would have dismissed Luo’s appeal, “but the questions raised requires a consideration on the merits and after a full trial.”

MBS’ attorneys had argued that neither Luo nor Tian Du could assert an agency relationship between Tian Du and MBS, as only the principal can create an agency. True, but as Judge Choo noted, a principal can also “falsely deny the agency he had created.”

Unlike Macau, Singapore has been extremely selective in approving junket operators, or ‘international marketing agents’ as they’re known locally. To date, Singapore’s Casino Regulatory Authority has approved only three IMAs and all three of them (officially, at least) have only established relationships with MBS’ crosstown rival, Resorts World Manila.

Since it opened in 2010, MBS has been anything but shy about pursuing legal action against VIP deadbeats, including a case last summer involving Chinese table tennis star Kong Linghui, who won two Olympic gold medals but lost over $1m at MBS’ infinitely more challenging tables.