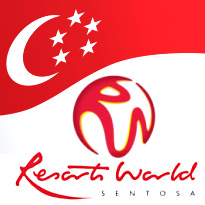 Gaming regulators in the white-hot casino market of Singapore have issued the first official licenses to junket operators. ChannelNewsAsia reports that Singapore’s Casino Regulatory Authority (CRA) has authorized what it refers to as two “international market agents” (IMA) to conduct junket activities at Genting’s Resorts World Sentosa (RWS) integrated resort casino. Getting the nod after a full year of CRA investigation are Malaysian operators Huang Yu Kiung and Low Chong Aun. The CRA says other applicants are being considered, while 12 others have already been rejected. A RWS spokesperson said the company was “delighted” with the news, which it claims “will bring a progressive new source of high net-worth play into our gaming environment.”

The CRA is adamant that their new junketeers will have to follow strict rules, which have been strengthened in preparation for Thursday’s announcement. The licenses will only be valid for a one-year term. The IMAs can extend credit to customers, but licensed IMAs can’t share commission with unlicensed ones. Casino operators will be responsible for the IMAs they utilize, and will have to submit due diligence reports on the IMAs they endorse. As for the ‘international market agent’ tag, CRA CEO Lau Peet Meng says this was chosen “to more accurately describe what these agents do. They will focus on bringing in foreign high rollers to our casinos and they will not target our locals.” Plans are afoot to amend the Casino Control Act to specifically prohibit junkets targeting Singaporean gamblers.

A representative of RWS’ crosstown rival, Marina Bay Sands (MBS), said only that the company was “interested in learning more.” Allegations of unlicensed junkets operating at MBS were first made by Lester Ong Boon Lin, whom MBS sued last March over an unpaid $250k casino debt. Last April, Las Vegas Sands boss Sheldon Adelson made waves when he publicly stated that junkets were already operating in Singapore, and while MBS did its best to avoid doing business with unlicensed operators, that “doesn’t mean one doesn’t slip through without our knowing about it.”

Still more allegations of unauthorized junket operations at MBS have surfaced as a result of its decision to take some of its deadbeat high-rollers to Singapore’s High Court. Shinichi Takami, manager of Singapore investment management firm Avixs Master Fund Pte Ltd., was sued by MBS in December over his failure to repay a S$2m casino marker. The Business Times reports that Shinichi has since filed an affidavit with the court alleging that he gained access to MBS’s VIP gaming rooms via Chujo Tatsuya, whom Shinichi claims is a Nevada-licensed junket operator. However, Chujo’s name doesn’t appear on the active list of licensed independent agents on either the Nevada Gaming Control Board or Nevada Gaming Commission websites.

MBS has yet to respond to Shinichi’s allegations. Speaking at an investor forum this week (before the CRA made its announcement), Las Vegas Sands president of global gaming operations Robert Goldstein said “our approach has been and will continue to be very focused on developing a sales team that can go direct to customers. We do take on credit, direct credit, and are so far comfortable with that.” The CRA has a policy of not commenting on ongoing court cases, although it did say it would “deal harshly with any illegal junkets or junket-like activities in our casinos.” A Singapore-based gaming analyst offered the Business Times this puzzler: “Where is the junket operator getting his commissions from?”