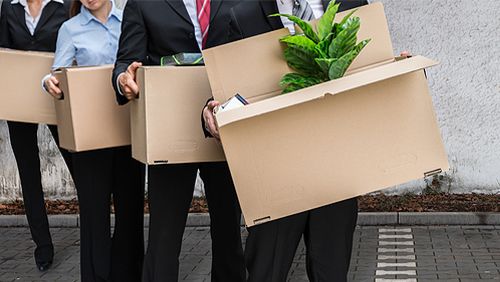 The COVID-19 pandemic has taken its toll on gaming companies and ancillary providers for the entirety of 2020, and the recovery is going to be a slow and long process. Many entities operating in the space have been forced to make difficult cuts in operations in order to avoid financial ruin, including letting significant portions of their workforce go. Tak Chun Group, the established Macau junket operator, hasn’t been immune to the downturn, either, and has had to make more than a few cuts. One recent scheme, though, made a few enemies. Tak Chun Group initiated a program that essentially paid employees to quit voluntarily.

The company reportedly launched its “ex gratia payments” program this past Monday through which it would provide payments to employees who voluntarily resigned from the company. The alternative, firing them, would lead to more required legal compensation, which Tak Chun Group was apparently trying to avoid. However, almost as quickly as it began, the program was ended, with the company saying, “The scheme has now ceased. As usual, Tak Chun Group fully supports the governing directives of the Macau Special Administrative Region in fulfilling its corporate social responsibility.”

Not long after the coronavirus debacle began, Macau’s government made polite suggestions to gaming operators and others that they should avoid layoffs wherever possible. It’s been a tough year for everyone, and the gaming-related entities have been struggling just to keep their heads above water. Many have worked with employees to take paid or unpaid leave until the storm passes, and Tak Chun’s plan seems to have been out of step with how the local gaming scene has tried to keep things together.

For August and October, unemployment in Macau was around 2.9%, and the majority of those included in that figure have worked in the gaming and retail. Tak Chun called its scheme a “viable option for planning ahead under the current market condition,” but pulling it almost immediately after it was introduced, perhaps because it made it to the news, would seem to put the scheme in a different light.

It probably didn’t help the company any that it was trying to force out employees without giving them fair compensation while its CEO, Levo Chan, was busy spending hundreds of millions of dollars. Chan spent $165.2 million to increase his stake in the Macau Legends in September, and then spent another $104.5 million just about a week ago to increase his position more. This, while the employees at the company he’s charged with running are struggling to survive amid the global pandemic and potentially being forced into unemployment.