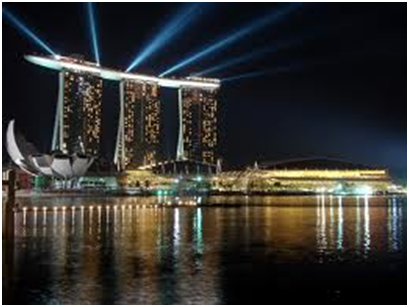 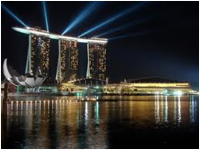 Casino operator, Marina Bay Sands, has filed a case in the High Court against five high-rollers in Singapore in a bid to recover $5.78 of debts, it is alleged.

Being the largest group of debt defaulters that the casino has ever taken to court since it opened in Singapore last year – a report by the The Strats Times reveals that one of the men in question is a Japanese guy who goes by the name of Takami Shinichi. He’s apparently indebted by 2 million Singapore dollars – that’s $1.5million – after taking a credit line for gambling.

As part of other Singaporean lawsuits launched by the casino operator, the report also states that Marina Bay Sands also filed cases against:

A report in The Singapore Daily also suggests that banks in Singapore haven’t honoured the credit guarantee cheques of these five members of the Sands Casino’s elite Paiza Club to ensure they can’t come back for more. Bank of America Merrill Lynch analyst, Melvin Boey, said: “Basically, this sets a precedent so the other VIPs know that the casinos are serious about collection.”

Across the South China Sea, other – more gossipy Asian news has been reported – proving that Vietnam, too, is just as serious about its gambling laws. Two Vietnamese transport officials were suspended from their posts yesterday after they were caught gambling millions of dong on Chinese chess games. How naughty.

A report by VnExpress reveals the deputy chief of the provincial Transport Department, Nguyen Thanh Leo, and the director of Soc Trang Province’s centre for granting driving licenses, Tran Van Tan, will see a two month investigation following their exposure.

It’s not that simple though. The tale twists into an intricate web of scandal. The report also states another dude who goes by the name of Nguyen Thanh Hung and his son have been taken in for questioning in relation to the arrests as they were allegedly blackmailing Leo and his family. Why? They threatened them with death if he did not pay $809,000 he owed Tan in gambling debts. And it gets worse: they were hired by Tan to do so, Leo said. So so so scandalous.