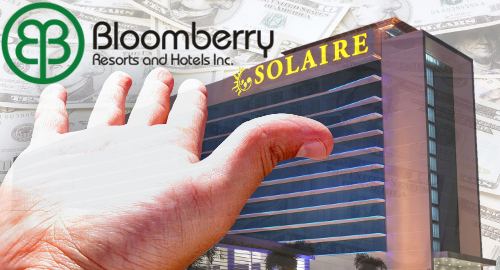 Philippine casino operator Bloomberry Resorts has been ordered to pay its former gaming operations management firm $296m for the early termination of its contract.

On Monday, Bloomberry Resorts and Hotels Inc informed the Philippine Stock Exchange that a Singapore arbitration tribunal had ordered it to pay $296m to the Philippine division of Las Vegas-based Global Gaming Asset Management (GGAM) as compensation for the early termination of GGAM’s management contract at Bloomberry’s Solaire Resort & Casino in Manila.

GGAM was unceremoniously turfed from its Solaire role in September 2013, just one year into a five-year deal that began the previous year. Bloomberry claimed that GGAM had failed to honor the terms of its contract, specifically in failing to deliver the expected number of high-rollers to Solaire’s VIP gambling rooms.

Following its sacking, GGAM – which is led by casino veteran William Weidner – tried to dump its 8.7% stake in Bloomberry but the casino operator sued to block the sale. In 2016, a Singapore arbitration court ruled that Bloomberry’s sacking of GGAM was “not justified” and Bloomberry had no right to block GGAM’s share sale.

Monday’s award, which Bloomberry stressed was “less than half of the damages” that GGAM had sought, broke down as $85.2m for lost management fees, $15m in court costs, $391k in expenses, plus post-award interest at an annual rate of 6% beginning 30 days after the award.

Bloomberry must also pay GGAM Php10.17b (US$196.3m) in return for GGAM’s 921.2m Bloomberry shares. Should Bloomberry opt not to repurchase these shares, GGAM has the right to sell them on the open market. However, Bloomberry will be liable for any shortfall should the share sale fail to realize the awarded amount.

Bloomberry maintains that the award is “fundamentally flawed in numerous respects” and its lawyers are considering the company’s options “in Singapore and elsewhere.” Bloomberry has already filed a petition with Singapore courts to vacate the 2016 partial award on liability, based on the company’s belief that the award “was procured by fraud and is violation of public policy.”

Bloomberry investors appear to have anticipated Monday’s announcement, as the shares dipped less than 4% on the day. It may have helped that Bloomberry insisted that the Singapore judgment “may be enforced in the Philippines only through an order of a Philippine court … after appropriate proceedings taking into account applicable Philippine law and public policy.”