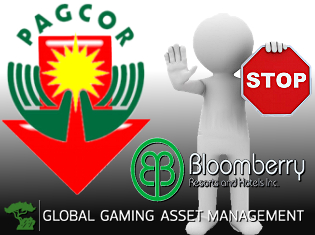 As expected, the most recent annual revenue figures for the Philippine Amusement and Gaming Corporation (PAGCOR) came in below projections. PAGCOR earned P40.52b (US $894.3m) in 2013, good enough to make it the government’s third-highest revenue generator. However, the total was slightly below the P40.88b PAGCOR earned in 2012 and 5.5% below the sum PAGCOR had projected a year ago.

PAGCOR’s total gaming income rose only 0.36% to P27.58b in 2013. PAGCOR operates 12 Casino Filipino facilities and four licensed casinos, which faced new competition in 2013 from Solaire Resort and Casino, the first of four resort casinos slated to open in Manila’s Entertainment City development. The second, Belle Corporation and Melco Crown Entertainment’s City of Dreams Manila, is set to open this year. The fresh competition led PAGCOR to close its Heritage Hotel casino in 2013 and another facility near the airport is slated to close this year. Nevertheless, PAGCOR is projecting 2014’s revenue will rise to P45.47b thanks in part to regulatory fees from its Entertainment City licensees.

BLOOMBERRY V. GGAM HEATS UP
Meanwhile, Solaire’s owners Bloomberry Resorts Corp. have followed up their successful request to suspend trading in its shares with a lawsuit filed against the company selling those shares. Last week, Global Gaming Asset Management (GGAM) abruptly sold off its entire Bloomberry holdings – amounting to 8.7% of Bloomberry’s total outstanding shares worth around $165m – after being fired from its role managing Solaire’s gaming operations in September. The dismissal is the subject of an ongoing arbitration in a Singapore court, leading Bloomberry to request the trading suspension to “clarify the impact” of GGAM’s share sale.

Bloomberry had originally sought only a weeklong suspension in trading, but has since been granted a temporary injunction against the GGAM share sale by the Regional Trial Court of Makati in Manila. The injunction, which was received by the Philippine Stock Exchange on Monday (20), is valid for 20 days. GGAM has protested the injunction, issuing a statement saying it had “entirely appropriately” purchased and paid for its Bloomberry stake and was “entitled to the full rights of any shareholder, including the right to sell it.”

GGAM also said it expected to emerge triumphant from its Singapore arbitration, which was launched after Bloomberry tore up GGAM’s Solaire management contract on the grounds that GGAM had failed to lure enough high-rolling Chinese gamblers into Solaire’s VIP rooms. A GGAM spokesman insisted that the company had “in every way … acted properly and the allegations by Bloomberry are simply wrong. We expect its claim to be denied.”