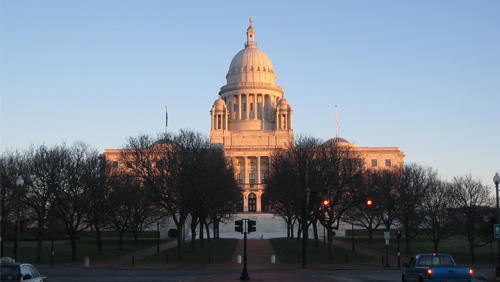 After Rhode Island Governor Gina Raimondo singlehandedly decided to allow International Game Technology (IGT) to control the state’s lottery, the blowback was swift and fierce. Questions were raised about how she could award the billion-dollar, 20-year contract without any public bidding process and, after lawmakers got wind of it, they, too, wanted answers. Raimondo has now been called to the carpet to give her side of the story, asserting that she stands behind her controversial decision.

Raimondo stated during a special meeting on the subject this September 24 that the basis of her decision was fundamentally centered on the jobs IGT will provide. She explained, “There are only three companies in the country capable of operating the lottery. Only one of them was founded in Rhode Island, has 1,000 jobs in Rhode Island, and is right outside this building.”

IGT had previously told the governor that, if it weren’t given the contract, it would have to reconsider maintaining the staffing levels in the state that it has. That threat was apparently enough to convince the Ocean State’s leader, even though it misses one glaring realization. If IGT hadn’t been given the contract, whichever entity had been chosen in its place would still have to hire staff, meaning the overall employment levels most likely would not have been affected.

Twin River Worldwide Holdings (TRWH) started the outcry against the initial decision, stating that it, or even some other entity would have been just as suited for the job. The company operates two casinos in the state and believes the decision was motivated more by money than by IGT’s operational capabilities. It adds that, according to state law, no gaming device manufacturer, which includes IGT, can control more than 50% of the machines that are distributed, yet IGT has about 84% of the market. Only after that revelation was IGT forced to withdraw some of its machines.

The political backlash against the governor hasn’t been strictly partisan opposition. She has received critical remarks from both Republicans and Democrats, including from fellow Democrat and House Speaker Nicholas Mattielo, who accused her of having an “incestuous relationship” with IGT.

TRWH isn’t willing to take Raimondo’s decision lying down and is mounting an effort to force the issue to be put through a standard bidding process. It teamed up with Camelot Lottery Solutions in order to counter the governor’s argument that it has no lottery experience, and has created a solution that it says will put 1,100 people to work. It adds that it will also save “the State and its taxpayers approximately $500 million in fees, invests $75 million in development and improvements, including a new 50,000-square-foot corporate headquarters in the state, and would limit the control of the casino slot floor to the current state law of 50 percent.”

There’s no word yet on whether or not the deal will be scrapped amenably or if it will take a lawsuit to force the governor to back down. Chances are, though, that IGT shouldn’t get too comfortable with its new wealth. The Rhode Island Ethics Commission is reportedly investigating the contract.