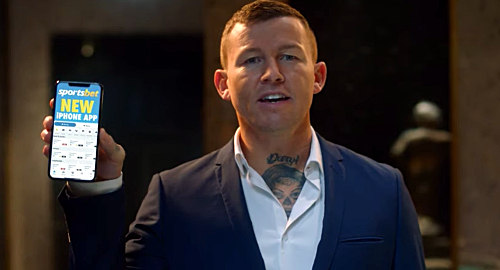 Australia’s telecom watchdog has spanked a digital radio broadcaster for breaching gambling advertising rules, while the sports betting rascals at Sportsbet are once again vying to win advertising’s ‘most complaints’ trophy.

Australia banned gambling promos from livestreamed sports events in September 2018, bringing online broadcasters in line with the restrictions imposed on their terrestrial counterparts earlier that year. The rules prohibit airing gambling promos between the hours of 5am and 8:30pm, as well as during the five-minute windows immediately preceding and following a live sports event.

SEN+ fell afoul of these rules by airing a gambling promo at 10:58am on the day in question, two minutes before commencing its coverage of the Australian Open match. SEN+ copped to the offense but said it was an inadvertent error due to an unexpected scheduling delay.

The ACMA issued a remedial direction requiring SEN+ owner Pacific Star Network (PSN) to commission an independent audit of its processes and practices and also to conduct staff training to ensure future compliance. PSN will then be required formally report its findings and recommended improvements to the ACMA or face financial penalties.

SPORTSBET ESCAPES PUNISHMENT OVER AD COMPLAINTS
Meanwhile, the Sportsbet brand of Flutter Entertainment (formerly Paddy Power Betfair) has managed to avoid sanction for a recent ad that pissed off pretty much everyone.

The ad (visible below in both the 30-second TV version and the much longer (and much funnier) online version, promotes Sportsbet’s new iPhone betting app’s ease of use by pointing out the stupidity of everyone depicted in the ad.

Those being skewered include a pair of perpetually angry vegan protesters, a woman waiting at the airport to meet her Nigerian prince, a flat-earther and a riff on South Carolina’s infamous Miss Teen USA contestant. The lone recognizable figure is former Australian Rugby League player Todd Carney, who takes the piss out the infamous photo of him appearing to be urinating into his own mouth.

The ad generated complaints to the Ad Standards Community Panel from offended vegans, Nigerians, old women, young women and rugby fans. Sportsbet responded with an argument that boiled down to ‘get over it, you pussies,’ and remarkably, the Ad Standards reviewers bought it.

Sportsbet set a new Australian record last year for the most complaints ever filed against a single ad. The Ad Standards folks didn’t specify how many complaints the new iPhone promo garnered, but we’ll be anxiously awaiting the results come the end of the year.