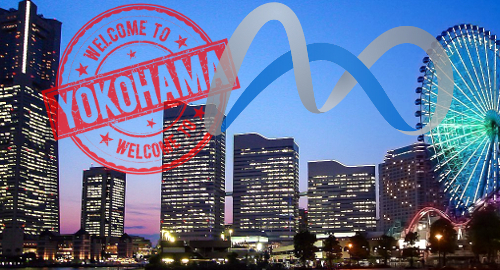 Casino operator Melco Resorts & Entertainment (MRE) is shifting its Japanese integrated resort (IR) ambitions away from Osaka to Yokohama, following the lead of some of its rivals.

On Wednesday, MRE CEO Lawrence Ho announced that his company was adopting a “Yokohama first” strategy for its plan to acquire a Japanese IR license. Ho said the company is choosing to “focus on creating an IR in Yokohama city the likes of which the world has never seen.” Ho called MRE “a suitable partner” that would assist Yokohama in establishing itself as “an international tourist destination.”

MRE opened an office in Yokohama earlier this month, and its new Yokohama focus means MRE is abandoning plans for an IR project in Osaka. It was only several months ago that MRE unveiled a concept for a 49-hectare project on Osaka’s Yumeshima island that included six hotels, a water-themed amusement park and a massive Japanese garden.

On Wednesday, Ho thanked Osaka officials “for their consideration and for constructive dialogues that we have had with them” in the past few years. But despite these “collaborative discussions,” Ho said MRE’s Japanese ambitions now lay elsewhere.

Ho’s news follows a similar move by rival Sheldon Adelson, whose Las Vegas Sands announced in August that it was ditching its Osaka plans in order to focus on landing an IR license in either Yokohama or Tokyo. Philippine casino operator Bloomberry Resorts also ditched its Osaka ambitions this spring.

MRE’s news came just as a new survey cast doubt on whether Yokohama’s citizens would welcome an IR in their midst. The Kanagawa Shimbun and JX Press poll found nearly two-thirds (63.8%) of Yokohoma residents were opposed to landing an IR, while an even higher majority (72.5%) want the question put to a referendum. Just 25.7% said they were in favor of welcoming an IR.

Those who favor IR construction did so mainly because of the revenue it would bring the city, while those opposed fear a downturn in public safety and an increased risk of gambling addiction. Others simply believe Yokohama had more pressing concerns than building a pleasure palace.

Despite the survey, a Yokohama city council committee just approved a plan to include ¥260m (US$2.4m) in the city’s fiscal 2019 budget for IR promotion and development. The outlay will face a vote by the full council this Friday.