The intense competition for a Japanese integrated resort (IR) license looks like it might be starting to push some players into making concessions. On May 21, Mitsuaki Kiriyama, vice president of Bloomberry Resorts Japan Inc., told GGRAsia that his company is no longer 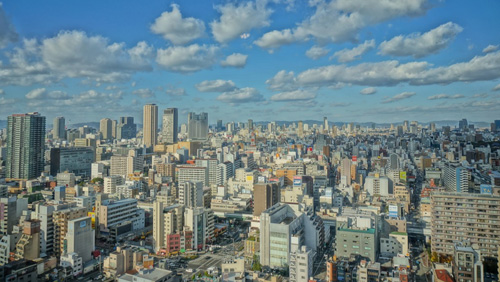 The decision appears to be influenced by the intense bidding process created by Osaka’s request-for-concept (RFC) process. As the major players vying for a license have to make big, expensive promises to the city, it’s starting to price out what Bloomberry is expecting will be a reasonable price point to come in and make a profit.

That competition is expected to force operators to promise at least a $8.5 billion resort plan. Kiriyama told the outlet that his company is looking for a much lower price point of around $2 billion to $3 billion. That strict budget is keeping them on the sidelines for the moment.

“We have not yet decided which location is best. That is still under research,” he said. He cited the uncertainty of taxation and junket regulations, but asserted that Bloomberry’s preference is to be near one of the bigger cities, leaving Tokyo or Yokohama as options.

They are also looking to partner up with a Japanese firm, a strategy that many operators are considering to win over local governments. “We already have talked with many regional Japanese governments and Japanese companies,” he said.

Bloomberry looks like they are trying to play the smart game here, only entering the Japanese market if the numbers make sense. Analysts have previously suggested that while Japan looks like an exciting new market, there’s far too much uncertainty to guarantee that an expensive new resort will be worthwhile. There’s a very good chance that an operator might break the bank to underwhelming returns.

The operator isn’t totally out of the game though. Although U.S. operators can come in with a bigger budget, Kiriyama is hopeful that their credentials as a professional and accomplished resort operator in the Philippines will win them a license.