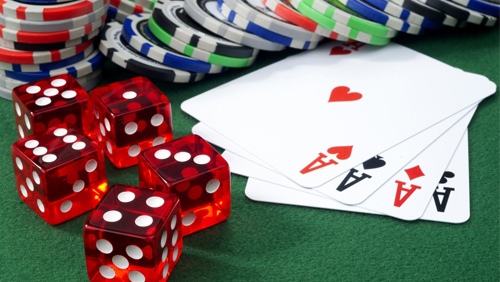 The future of Japan, Macau and Korea looks to be very different. That’s a clear lesson from the Day 2 ASEAN Gaming Summit 2019 panel talk from four expert analysts of the Asia gambling industry, although they didn’t always agree on the specific details.

The panel was moderated by Alidad Tash, managing director of 2NT8. Invited to debate were Vitaly Umansky from Bernstein, Praveen Choudhary from Morgan Stanley and Anil Daswani from Citigroup. The discussion was focused on the upcoming futures for the three key regions in the Asian gambling business.

Discussion began with Japan, which has the exciting prospect of its three new Integrated Resort (IR) licenses. Due to strict restrictions against some kind of junket operation, the experts all agreed that Japan will not be able to rely on Chinese VIPs like Macau has. Instead, it will need to focus its resorts on building mass market tourism.

Then the question of operator ownership came up. The big question right now is if Japan will allow a foreign operator to have a controlling interest in a resort, or if they will be forced to take a minority stake, in partnership with a Japanese owner. They suspect that if the latter is the case, big players like Las Vegas Sands will back out of the competition. They also predicted that if Japan goes with local ownership, the offer will not be up to par with what Macau or Singapore is currently offering, and they will suffer as a result.

They were also worried about the prospects of local players’ profitability. Japan has a thriving pachinko market, but at very small stakes. Considering locals will have to pay fees to enter the new IRs, they will not have very much left for the casinos to profit form.

There was also the question of which cities Japan will award IR licenses to. The consensus amongst the group was the three would go to Osaka, Yokohama and Hokkaido, as long as local politics allows it. Umansky commented though that he thinks creating a Las Vegas strip in Osaka would be the most profitable idea to pursue, but it’s unlikely to happen due to the tourism focus of this IR plan.

Overall, the group expects Japan will be profitable in the long run, but not nearly as much as the industry might be hoping for. There’s simply not enough of a domestic base to draw from, and too much competition from existing markets. It should be noted though that moderator Alidad Tash felt differently, and was willing to bet the market will be huge.

The trio did not spend much time discussing South Korea. It was noted in the pre-discussion that approximately half of the country’s gross gaming revenue (GGR) comes from its single domestic facing casino. The group agreed though that due to a very conservative perspective on gambling, South Korea is very unlikely to expand its domestic market in the near future, and may only do so if Japan sees an overwhelming success with its own.

The big question for Macau’s industry remains focused on relations between the U.S. and China. Junkets have cut down on lending to manufacturing VIPs, worried that if tariffs are increased, they will be unable to pay it back.

Anil Daswani noted that any GGR growth or decline forecast would be purely guessing, as the entire equation depends on if the two super powers could reconcile their differences. He felt it could swing anywhere from a 15% loss to a 12% gain for the year.

Praveen Choudhary agreed with this, noting that Macau has turned to mass market gaming as a result. He believes the new HKZM bridge will make it easier for Macau to bring in Chinese players by car to keep playing.

Vitaly Umansky agreed that liquidity has all but dried up for Macau players. He predicted that if that liquidity could come back, the second half of 2019 will be huge for the region.

On the topic of concessionaire licenses, the group was unanimous in believes all current operators will have their license renewed in 2022. They believe it’s just a formality that is being made into a bigger story than it should be due to the long time in-between licenses being granted.

They also believe that if a new concessionaire is granted a license, its mostly likely to be to a local operator, so that Macau can boast that it has some home grown talent joining the game.