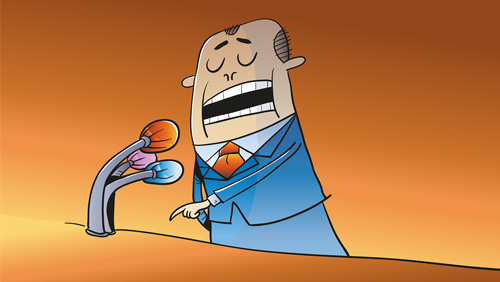 The three largest gambling companies in the U.K. aren’t making any friends in the government. William Hill, Flutter Entertainment (aka Paddy Power Betfair until recently) and GVC Holdings sent in their RSVP for a meeting between the brass and Ministers of Parliament (MP), only to change their minds – almost in unison – shortly thereafter. The meeting was meant to discuss issues related to online gambling and one MP called the withdrawals “outrageous.”

GVC, which owns Ladbrokes Coral, was the first to back out, according to The Guardian. Its CEO, Kenny Alexander, decided not to participate after receiving an email sent to MP Carolyn Harris, who organized the reunion, by a gambler who complained about the company’s lack of efforts to curb his gambling problem. Despite the timing of the cancellation, Ladbrokes asserts that the withdrawal from the meeting was due to “business commitments.”

Harris doesn’t buy the commitment stories and accused the business leaders of shirking their responsibilities to the state. She asserted, “These are men who run companies that feed addiction, amass vast profits from the vulnerable and take home huge pay packets, yet they are too afraid to appear before MPs. They seem to think they have better things to do than to explain their actions publicly. They are running scared and their actions are cowardly in the extreme.”

Harris and others, including former Conservative party leader Iain Duncan Smith, believe the gambling companies are complicit in how gamblers approach or step away from the action. While it is a well-known fact that gambling addiction exists, the root of the addiction has been debated and, in many cases, relying on the term “addiction” is a way for the gamblers to find an excuse for their own lack of self-control.

The meeting will push forward as originally planned, with gambling operators being grilled by politicians. It will be held in Westminster tomorrow and will also feature the CEOs of Bet365 and SkyBet, but not that of Betfred – head boss Fred Done never accepted the invitation.