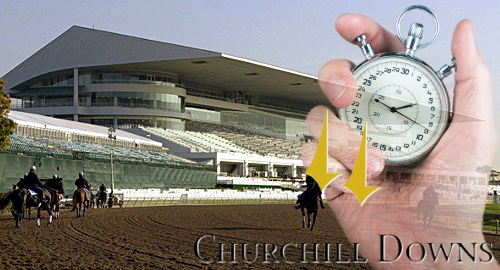 On Wednesday, CDI announced that its Arlington property wouldn’t be applying to add slots machines or table games to its race betting operations, based on the company’s belief that the “economic terms” in the new Illinois Gaming Act “do not provide an acceptable financial return and we cannot responsibly proceed.”

Illinois approved legislation in June that would allow for six new casinos, online and land-based sports betting, while allowing racetracks to add slots and tables. CDI said Arlington would apply for a sports betting permit and would continue to offer racing in 2020 and 2021 “while longer-term alternatives are explored.”

Beyond that date, CDI is offering no guarantees on Arlington’s future, thanks in part to what it called the “new, unviable horse racing requirements” in the state’s new gaming legislation. CDI said it was mulling all options, including moving Arlington’s racing license to “another community in the Chicagoland area or elsewhere in the state.”

The Illinois Thoroughbred Horsemen’s Association said it was “stunned and profoundly disappointed” by CDI’s announcement. The group said CDI has “snubbed not only the working men and women of thoroughbred racing … but also all of the elected officials [CDI] has so intensely lobbied over the last decade.”

It remains to be seen whether CDI is determined to pull the plug on Arlington’s racing or if the company is just lobbying hard for a more favorable tax and fee structure. The Horsemen’s Association’s Wednesday statement said CDI already enjoyed “enormous financial advantages” from the state, advantages the group now thinks CDI “should be denied.”

CDI’s announcement is also being explained as a way for it to avoid cannibalizing its other Illinois operations. The company previously announced it would apply to expand the Des Plaines casino’s gaming positions from its current 1,200 to the maximum 2k, as well as adding a sportsbook. Last week, CDI said it would pursue a new casino license for a Rivers-branded property in Waukegan, part of the Chicago metropolitan area.

CDI acquired a majority stake in Arlington Park way back in 2000 but land-based race betting has become an increasingly smaller portion of CDI’s overall revenue, thanks to the growth of its TwinSpires online advance deposit wagering site and CDI’s dramatic expansion of its brick-and-mortar casino operations in recent years.

In fact, nearly all the gains of the traditional racing vertical in the second quarter of 2019 came via the addition of a thousand ‘historical racing’ machines (aka slots with a racing theme) at its flagship Churchill Downs track in Kentucky.