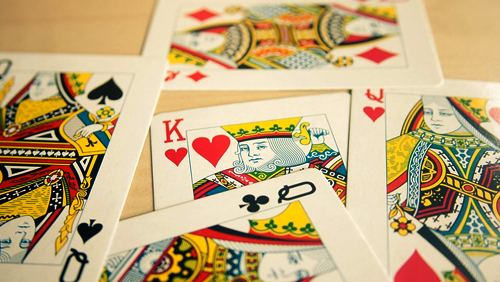 When the idea of expanded gambling in Arkansas first made the news, Dallas Cowboys owner Jerry Jones almost immediately starting working out a way to have a casino in the state. That idea was made possible through an arrangement between one of his companies, Legends, and the Cherokee Nation of Oklahoma, with someone deciding that the best location for the venue was exactly where it would be least welcome. Pope County voters didn’t show a lot of support for gambling when the state took to the polls on the subject, but that seemed to be the perfect place for the casino to call home. And it’s been an issue ever since.

The deal between Legends and the Cherokee would see the Legends Resort & Casino Arkansas built in Russellville. It was the only offer accepted by the Arkansas Racing Commission (ARC), which irked several casino operators. Now, Jerry Jones was on the receiving end of both the residents’ and the operators’ animosity. Not anything the tycoon hasn’t seen before – he may even relish the attention.

Those operators, including Gulfside Casino Partnership, Warner Gaming with Hard Rock International, the Choctaw Nation of Oklahoma and the Kehl family of Iowa, have been fighting the legality of the Cherokee/Legends approval. The mud has been slinging and complaints of improprieties and unconstitutionality have been flying. Pope County residents are ticked, as well, and things are going to get worse before they get better. At least one lawsuit, launched by anti-casino group Citizens for a Better Pope County, is in place and more should be expected.

The latest comes from the Cherokee Nation Businesses (CNB), the arm that manages the Cherokee Nation’s gambling operations. It is attempting to have the lawsuit thrown out on the grounds that it is completely without merit. The lawsuit asserts that no one other than Pope County voters can authorize the operator of a gambling house, if they even choose to allow it to happen.

The claim that the voters should decide who gets the casino license is unconstitutional, asserts CNB. When the state headed to the polls last year, Amendment 100 was approved across Arkansas and allowed casino gambling to be added to two existing properties and two new areas, Pope and Jefferson Counties. Opposed to the idea Pope County residents voted down the amendment and then created a local ordinance to try to take control of its fate.

That ordinance is not valid, as a local ordinance cannot override a constitutionally-established law. CNB has filed for dismissal of the suit, but this won’t be the end of the battle. Another salvo will certainly follow as the area continues to trample state laws.