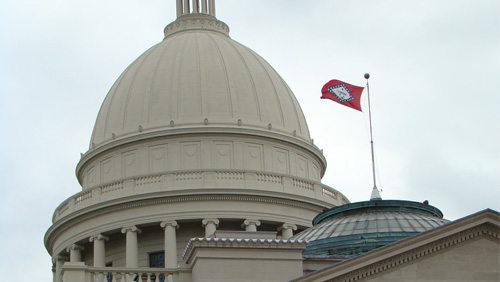 When Arkansas voters agreed last year to allow gambling expansion in the state, one particular area stood out as being opposed to the idea. Pope County residents overwhelmingly voted against the measure, which would have appeared to be a warning that trying to introduce a casino to the area would be met with a considerable amount of resistance. This didn’t stop a company led by Dallas Cowboys owner Jerry Jones from choosing the county as the ideal spot for a venue, and it seems that Jones may be getting his way – like he usually does.

According to Dallas News, Legends Hospitality, a company founded by Jones, has entered into a partnership with Cherokee Nation Businesses (CNB) to launch the casino. CNB is an entity that operates a number of businesses for the Cherokee Nation of Oklahoma, and the new venue has already received approval from local officials. The Legends Resort & Casino Arkansas in Russellville could soon become a reality.

Before any final decision can be made, area residents will still need to sign off on the project, and this is most likely not going to be easy. The area residents aren’t too happy about the idea, despite the windfall the casino would provide. If the project receives its operating license, Legends and CNB are on the hook for $39 million in the form of economic development fees to nonprofit organizations and communities in the area.

Competing casino operators will try to use the residents’ dislike to their advantage. Several have already thrown a penalty flag on the play, arguing that Legends and CNB were given approval for the project without officials taking into consideration their offers. One of these, Warner Gaming, had hoped to bring a Hard Rock Café-themed venue to the area and Hard Rock Arkansas has stated on Facebook, “We’ve been invited to submit a new proposal at a hastily called emergency meeting, and have been informed that the selection of an operator has already been made, without any kind of public deliberation.”

As a result, the losing operators will most likely decide to take the “if we can’t play, nobody can” approach and try to convince Pope County residents to fight with everything they have to prevent the development, despite approval by county officials.

If their attempts fail, the Legends Resort will become a fixture of the Russellville landscape and Jones will have fulfilled his dream. The $225-million venue is expected to offer a hotel with 200 keys, a casino with 1,200 slot machines, a water park and a music venue.