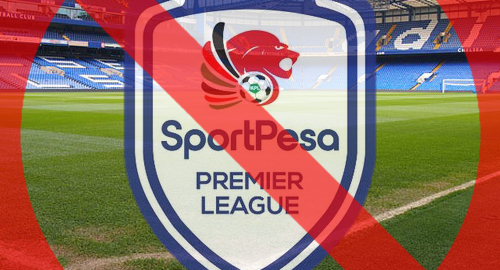 Kenya’s leading betting operator SportPesa has scrapped its local sports sponsorship deals for the second time in as many years as its tax fight with the government heats up.

On Friday, SportPesa issued a statement saying it was “cancelling sports sponsorships effective immediately” and that its local clubs and partners – the Kenya Premier League, with which SportPesa had a title sponsorship, and KPL clubs Gor Mahia and AFC Leopards – “have received notices as provided for in their contracts.”

SportPesa explained that “the uncertainty of this situation” necessitated this drastic action. The ‘situation’ in question is the government’s demand for hundreds of millions of dollars in back taxes, the revocation of SportPesa’s gaming license and the suspension of its digital payment processing channels.

The government believes the operators have not been collecting the required 20% tax on bettors’ winnings, while SportPesa has claimed its hands were tied due to court challenges. Moreover, the KRA claims that, since the country passed new gambling legislation in 2018, the tax applies to all winnings paid out – the profit and the original stake – making it effectively a 20% tax on betting turnover.

(On Friday, the High Court struck down a petition filed last year by a local gambler who claimed that betting winnings weren’t income and thus taxing winnings was unconstitutional. Betting operator Betway had filed a similar petition seeking clarification of the legal definition of ‘winnings’ and this petition was joined with the bettor’s. The judge said he could “find no merit” in either petition and dismissed them both.)

This past Sunday (4), SportPesa CEO Ronald Karauri said his company would continue its sponsorships, but the company now says the government’s actions have “brought about immense pressure on the business necessitating a reevaluation of some plans.”

The inability to accept deposits from or pay winnings to customers has left SportPesa’s Kenyan operations at an effective standstill. And while the company has been expanding into other markets, those operations are likely not yet mature enough to ensure SportPesa’s ability to carry on without its mainstay Kenyan ops.

SportPesa said it remained “positive that the current situation will be resolved amicably and urgently” and the company “will endeavor to resume support to the best of our ability when the business recovers.”

The KPL’s new season is scheduled to get underway in three weeks, but AFC Leopards’ execs have previously stated that the club derives 80% of its funding from its SportPesa deal, which would seem to put the future of Kenyan football in serious jeopardy.

Kenyan media have increasingly viewed the government’s tactics as both heavy-handed and arbitrary, in that a number of other betting operators were allowed to continue operating without interruption. The Nation ran an op-ed from a local economist on Friday with a headline that the KRA “must change stance on betting tax” unless it wants to kill the local industry and let international operators serve Kenyan punters without paying the KRA a penny.