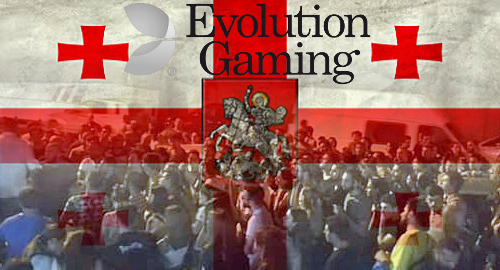 Live dealer casino specialists Evolution Gaming are facing a worker revolt at its Republic of Georgia studio as some would-be Norma Raes call for unionization.

On July 30, an undetermined number of Evolution’s Georgian employees launched a strike action, advocating for higher wages and better working conditions. The next day, these staffers announced they were forming a union and filed a formal request for mediation, after which some of these employees claim to have received what they called ‘illegal’ dismissal notices.

Trade, Agrarian and Industry Union chief Giorgi Diasamidze said the staff were looking for a 50% rise in their current salaries, which are as low as GEL400 (US$137) per month for ‘shufflers’ while the actual dealers make a little more. Average salaries in Tbilisi, where Evolution’s studio is located, are around GEL1000.

Diasamidze said the strikers are also seeking the reinstatement of an undetermined number of staff who were reportedly dismissed following the walkout. OC Media quoted one of these sacked staffers, shuffler team leader Korneli Katsarava, saying Evolution had cited old disciplinary violations to justify the firings, while further claiming that Evolution had threatened other workers with dismissal if they joined the protest.

Evolution, which was reportedly hiring 150 additional staff to cover its local shortfall, issued a statement to Netgazeti saying it was “absolutely open” to speaking with the striking staff but maintained that any such protests “must be conducted according to Georgian law.”

Katsarava said that up to 400 of Evolution’s local staff would be eligible to join a legal strike action by the 12th day following the mediation request. Diasamidze said a mediator has already been appointed and has reached out to both sides of the dispute.

Evolution has undergone significant growth in recent years, as evidenced by its Q2 earnings report, which revealed that the company’s payroll had swollen to 6,892 as of June 30, over 2k higher than the same point last year. Evolution has 10 live dealer studios across Europe and North America, with the Georgia studio having opened just last year.