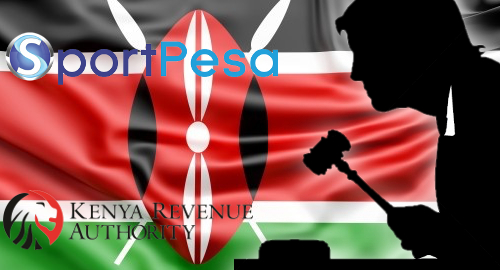 Kenya’s leading sports betting operators were back in court on Monday trying to get their suspended digital payment channels restored.

On Monday, the High Court in Nairobi heard testimony from formerly Kenyan-licensed sports betting operators SportPesa, Betin and 1xBet. The companies are seeking the restoration of their paybill numbers and SMS codes with online payment processors such as Airtel and Safaricom’s MPesa that were suspended in mid-July.

The payment processing channels were cut off on the order of Kenya’s Ministry of Interior, which said the operators should be deprived of their payment options because their gaming licenses had been suspended on July 1 by the Betting Control and Licensing Board (BCLB). The BCLB was acting on the orders of the Kenya Revenue Authority (KRA), which has accused the betting operators of owing hundreds of millions of dollars in back taxes.

On Monday, the operators repeated their claims that the payment disruption was illegal, given that the High Court had issued a stay of the BCLB license suspensions. The Nation quoted a BCLB attorney countering that the court order had effectively renewed an expired license, and thus the suspended operators were required to re-apply for renewal, something the operators apparently have yet to do.

SportPesa’s attorneys argued that the government’s order to cut off its payments was a ‘deliberate’ move against SportPesa’s business “with a view of shutting it down and giving an unfair advantage to its competitors.” The Court will deliver its judgment on the betting operators’ petition on September 19.

SportPesa didn’t name any betting operators that may have benefited from the sudden lack of competition, but Embakasi East MP Paul Ongili has previously accused Interior Minister Fred Matiang’i of targeting SportPesa in order to benefit recent market entrant BetLion, based on Ongili’s unsubstantiated allegation that Matiang’i has an undisclosed ownership stake in the company.

BETLION SIDES WITH GOVERNMENT ON WINNINGS TAX
Speaking of BetLion, the company announced Sunday that it had started deducting 20% tax on its customers’ winnings. BetLion, which was not among the operators whose licenses were suspended on July 1, said that it had “decided the most appropriate course of action is to apply [the tax] as per the KRA’s view of the law.”

The 20% tax on winnings was suspended in 2016 but was reintroduced last year as part of the government’s new gambling legislation. However, the KRA says that the new law applies to all winnings, whereas the old law allowed gamblers to deduct their betting stakes from the amount won.

BetLion appears determined to publicly promote its continued ability to accept money from and pay money to Kenya’s gamblers. On Sunday, the company paid out Ksh1m ($9,700) to a punter who correctly wagered a mere Ksh3,500 on a 13-game parlay. A BetLion exec said the company’s “number one priority … is to ensure whenever a bet is settled, our players receive their winnings.”

SPORTPESA TO MAINTAIN SPORTS SPONSORSHIPS FOR NOW
When the government last went toe-to-toe with its betting sector over tax rates, SportPesa played hardball by scrapping most of its high-profile sports sponsorships. The sponsorships were renewed, albeit at a lesser value, several months later after the government vowed to rethink its exorbitant gaming tax hikes.

Leopards secretary-general Oliver Sikuku expressed relief at the news, given his admission that SportPesa “accounts for 80% of our budget so we cannot do without it.” Sikuku went on to express hope that the government will resolve its differences with the betting industry “because this stalemate brings uncertainty.”