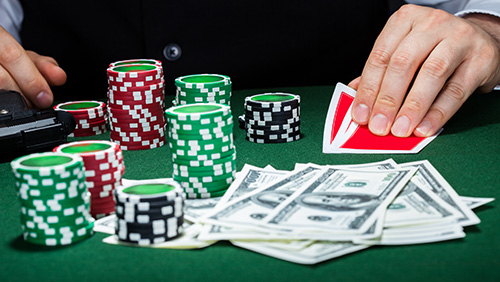 Triton Million London continues to smash records as the number of entrants for the £1m buy-in event reaches 54.

In 2012, Guy Laliberte and the World Series of Poker (WSOP) created the $1m Big One for One Drop, the richest buy-in ever, and 48 players gathered around that campfire to sing poker lullabies.

a) the most entrants in a seven-figure buy-in event.

b) the largest prize pool outside of the WSOP Main Event.

You have to expect that a third record will fall when Triton writes the winners’ check.

The lineup could still grow.

Bill Perkins is one of the most prominent recreational players from North America. Perkins has earned more than $2.7m playing live tournaments, including a career-high $1,965,163 for finishing third in the 2013 One Drop High Roller.

Perkins invited Dan Smith as his pro-pairing. Smith is one of the most prolific high stakes tournament players of any generation and has accumulated $27.9m in live tournament earnings, including a career-high $4m for finishing third in last year’s $1m buy-in Big One for One Drop.

But even a man of Smith’s quality was never going to be a shoo-in.

Looks like I won my bet. Drafted a tweet about enjoying the stream anyway… but who am I kidding. I will be antisweating everyone 😈

Maybe someone will fold out of turn at the ft 😂

Winfred Yu rubbed my daughter’s head for good luck before he won the HKD 100,000 Short-Deck No-Limit Hold’em at the recent Triton Poker Series in Montenegro. It was his first major title, and now I have to make sure that I take my daughter to the Triton Million.

Yu is one of the pioneers of the high stakes circuit in Asia with his work for Poker King Club, and his invite is Danny Tang. Tang is a man on fire right now, after winning $2m at the Triton Poker Series in Montenegro, and the same amount in Las Vegas, including his first bracelet in the $50,000 No-Limit Hold’em event. Tang has already rubbed my daughters head.

The name of Rick Salomon was one of the first on the ‘confirmed’ list, but he didn’t declare his professional pick until now. There were rumours that the 2012 One Drop winner, Antonio Esfandiari, may have been the man, but it turns out that Vivek Rajkumar has stepped up to the plate. Rajkumar has won more than $4.4m in live tournament earnings, including a career-high $1.4m for winning the World Poker Tour (WPT) Borgata Poker Open in 2008. Salomon is the only player to cash in three $m/€1m buy-in events.

Soyza has had an incredible few years that’s seen him bolt through the ranks at an astonishing pace. Soyza has won more than $5.5m playing live tournaments, including a $1.4m score for winning an HKD 500,000 No-Limit Hold’em event at Triton Jeju in March.

Haralabos Voulgaris is also on the ‘confirmed’ list. The man who made his name beating the NBA bookies, has selected Timothy Adams has his professional partner, and what a pick that is. Adams has won more than $15m playing live tournaments, including $3.5m after winning the HKD 2m Triton Poker Super High Roller Series Main Event in Jeju in March.

Here is the current lineup.

You can find all the information you need on Triton Million London, right here.