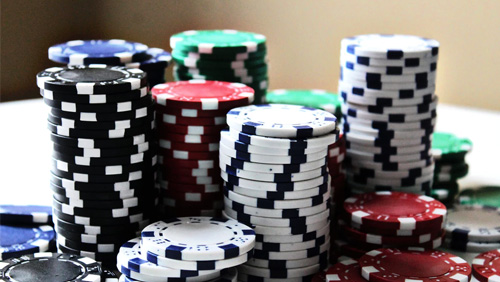 The year is 2011, and Orpen Kisacikoglu finishes eighth in a 248-entrant €2k No-Limit Hold’em event during the European Poker Tour (EPT).

It would take Kisacikoglu another six years before he finally won a live tournament, taking down a 28-entrant $10k event at the PokerStars Championship in Panama.

Kisacikoglu had arrived on the high stakes scene.

After that win, the London-based Turkish star would make the final table of 13 events with a buy-in greater than $10k before winning a 31-entrant £5k High Roller at the World Series of Poker Circuit (WSOPC) at Dusk till Dawn (DTD).

It’s been a long road, with plenty of stammering at the deep end of the toughest tournaments in the world, but he’s finally done it – Orpen Kisacikoglu has won a big one.

Day 1 of the €100,000 buy-in Triton High Roller at partypoker LIVE MILLIONS Europe in the King’s Resort, Rozvadov in the Czech Republic ended with 28 entrants (inc. 7 re-entries). Registration remained open until the end of the first level of Day 2.

The first level would contain four more entrants, taking the total number to 32. Seven players would not see their buy-in soaked in lime, and as it was during the £1m buy-in Triton Million in London, Igor Kurganov would finish in the place nobody wants to claim.

With blinds at 15k/30k/30k, the PokerStars ambassador of great erudition moved all-in from the small blind for 345,000, holding 7h5d, and Cary Katz made the call with the covering stack in the big blind holding AsTh. The 4c3s3h flop gave Kurgabov a gutshot to add to his clean pair outs, but the Jh and Qd finished the runout, and Kurganov had to suffer once more the ignominy of finishing as the ‘Bubble Boy.’

After the bubble burst, we paid witness to a series of double-ups. First Vladimir Troyanovskiy doubled through Ben Heath when Ac7c held on against KcJc. Next, Heath doubled through Wai Kin Yong when the pair got it in on Qd6d3c2s with Yong holding Qs5s for top pair and a gutshot, and Heath holding QhJd for top pair, and the better kicker. The Kc landed on the river, and it was good for Heath, and not so good for Yong.

Bicknell never recovered from the double down, and when she jammed with Ah3d from the button for 715,000 and blinds at 25k/50k/50k, Orpen Kisacikoglu woke up with pocket aces. Bicknell was the first player to hit the cashdesk, leaving the event with €213,000.

By this time, serial high stakes multi-table tournament (MTT) casher Cary Katz had fallen as low as five big blinds before exiting in fifth place for €273,000. Katz limped from the hijack holding 8d7c, and Troyanovskiy checked his option in the big blind with Qd6d. The flop fell 5s3d2d, and Troyanovskiy called the 230,000 jam from Katz. The T2 and 4s fell on turn and river, and Katz was out.

Yong’s incredible run of form ended in fourth-place when with blinds at 30k/60k/60k, he moved all-in from the button holding Qs9d, and Heath called with QdTc. The dominating hand held, and Yong added €349,000 to the multi-millions recently banked during Triton Million London.

The three-handed play saw Troyanovskiy fall short before finding aces to double through the pocket eights of Kisacikoglu. And the pair would try and put a spell on each other throughout the heads-up play after the Turkish star removed Ben Heath from the equation when pocket deuces beat AdTc.

Heads-up play began with Kisacikoglu enjoying a 3.5m v 2.9m chip lead. Troyanovskiy doubled into the lead when Ad2c beat Qs7h. Then Kisacikoglu retook the lead before finishing things off in the following hand:

With blinds at 50k/100k/100k, Troyanivskiy opened for 250k from the small blind holding 9h8h, and Kisacikoglu defended with Th8d from the big blind. The dealer splashed 8s3d2s onto the flop like it was a trifle, and both players got it in with top pair. The Jd and Ks runout changed nothing, and Kisacikoglu’s ten kicker won him his first seven-figure score.

The €100,000 event wasn’t the only Triton branded event of MILLIONS Europe. A €25,000 Triton Short-Deck event is currently underway.