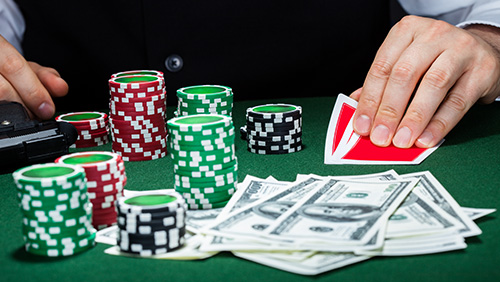 When you’ve entered a £1m buy-in event, and failed to make money, it helps when there are events left in the schedule to help you become unstuck, and that’s certainly the case for Xu Liang.

Let’s see how it went down.

Liang started with 2.08m in chips, trailing two powerhouses in David Benefield and Richard Yong. Both are Triton Champions with Benefield winning the £25,000 Short-Deck earlier in this series for £650,000, and Yong winning a No-Limit Hold’em Six-Max tournament in Montenegro, last year.

Stephen Chidwick began as the shortest stack on the table. Chidwick was enjoying a phenomenal series, winning more than $6m, but without anything to add to his trophy cabinet.

Richard Yong began the brightest taking out Chidwick when A8 outdrew AK to send the man from the U.K. to the rail. Then Yong took care of Romain Arnaud when AK beat AQ.

The dangerous Chin Wei Lim fell on Benefield’s sword. Lim will be disappointed not to go deeper but must be happy with a series that saw him make two final tables and bubble the final table of the £1m buy-in event. Lim exited on a flip after Benefield flopped a set, Lim turned a straight, and Benefield rivered a full-house.

Stacks were deep as we entered three-handed play, as was the case on the nearby table where the £100k Main Event was ongoing. There was even the possibility of a father and son double with Richard tearing it up in this one, and Wai Kin doing likewise in the £100k, only for Liang to end the fairytale when KQ beat QT.

Despite Liang taking out Yong, it was Benefield who began heads-up with the chip lead. Then Liang snatched it when they got it in on J86 with Benefield holding two-pairs versus an open-ender that arrived on the river.

With Benefield slipping into second place it meant his tournament life was at risk when he got it in with AQ on Q77 only for Liang to wake up with T7 for trip sevens. Trips held, and Liang became the newest Triton champion with Benefield prevented from winning his second title of the series.