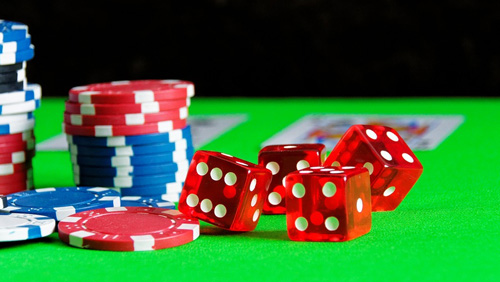 Mikita Badziakouski has won back-to-back Triton Poker Series Main Events, after winning the $5.2m first prize in the Jeju event, a few months apart from taking down the Main Event in Montenegro for $2.5m.

It’s not the most straightforward name to say.

Last night, I asked him at least six times for the correct pronunciation of his name. I killed it each time. But we had better get used to it because Mikita Badziouski is proving himself to be quite the winner.

All told, this fantastic player has won $10.5m playing live tournaments in 2018, and only Justin Bonomo has won more.

And I’ve heard he’s a dab hand in the high stakes cash games.

And he played every single Short-Deck event.

The man is a machine.

Let’s see how he took it down.

Here is how the final table stacked up:

You know it’s going to be a great day when you pick up the Cowboys at the same time someone is fondling the ladies. That’s what happened when Sergio Aido held QQ, and Badziakouski held KK, only for an ace on the flop to impede the Belarusian’s flow enough to allow Aido to escape the hand with minimal damage inflicted.

Badziakouski was in total control when Chan Wei Leong delivered a sucker punch. Badziakouski held the rockets, and Chan got short enough to get it in with pocket tens, and a ten on the flop gave Chan the double-up and knocked Badziakouski down a peg or two.

Chan moved all-in for 1,205,000, and Badziakouski went deep into the tank before emerging with the call with ace high and the flush draw. The river was the 4s, and Chan and Badziakouski exchanged spots in the chip counts.

At this time you felt Badziakouski had blown it.


Aido called with AQo in late position, Sam Greenwood called in the small blind, and Jason Koon squeezed to 300,000 with AKo in the big blind. Aido moved all-in for 1,375,000, Greenwood walked away, Koon called, and five community cards later he was welcoming Aido’s chips into his bosom.

The flop was AsKhJd and, predictably, the money went in. Koon had flopped two pairs, and Badziakouski had a set of kings. Neither turn nor river changed much, and Badziakouski was back in the game. Koon, who had excelled fell back into the mix.

The action folded to Badziakouski who called with AQhh in the small blind. Chan checked in the next pew with Q7o. The flop was As8s2c strengthening Badziakouski’s hand, and he bet 60,000. Chan, who had the skin off a rice pudding, called. The 4d appeared on the fourth street. Badziakouski bet 175,000. Chan turned his hand into a bluff by check-raising to 525,000. Badziakouski made the call.

The river was the 8d. Badziakouski had the better hand, and bet 200,000. Back to Chan who moved all-in on the bluff. The move had Badziakouski rattled. He shifted in his seat as if a pile had burst, playing pass the parcel with his time bank chips.

For a moment, I thought Badziakouski had folded, but then I realised he had made the call, and what a great call, a tournament-defining call. Chan showed the bluff, Badziakouski stormed into the chip lead and cheekily asked the table if anyone had any time banks to sell.

Koon led for 230,000 with his open-ended straight draw, and Badziakouski applied maximum pressure when he moved all-in with the gutshot and flush draw. Koon considered his options but called quickly.

The Qd and 5h changed nothing, and it took a while for Koon to leave. He kept looking at the board, and it seemed as if Koon thought the hand would have run out a chop, and then realised the seven was live at the last minute. It was a disappointing end for a man who looked more likely than most to win the thing early on.

Sam Greenwood was the next player to feel the heat of Badziakouski. Greenwood opened to 150,000 on the button with AQo, and Badziakouski who had pocket fives called in the big blind.

Badziakouski flopped a set. Greenwood flopped top pair. A disaster was on the cards. Both players checked. The pot remained small.

Greenwood turned two pairs, and Badziakouski overbet the pot for 50,000. Greenwood made the call.

Badziakouski put a pot-sized bet out there, and Greenwood called, leaving him with a shove or fold stack. Badziakouski was flying.

Badziakouski opened with A8o from the first position and then called when Greenwood, who was holding K9o, moved all-in for 550,000. Greenwood was live, but all he could do was watch in dismay as the flop, turn and river missed his hand, and he was out in fourth.

Then we lost the Triton Founder.

Yong opened to 165,000 in the small blind holding AQ, Badziakouski put him all in from the big blind holding AK, and Yong made the call. The board ran out without a female presence, and Yong was out in third.

The champion went into the heads-up phase with all the chips and all the heat. It was a tussle that lasted as long as it takes to burn toast.

Badziakouski opened to 175,000 holding AQ, Chan moved all-in with pocket sixes, and Badziakouski made the call. There was no drama. Ho oohs and aahs from the sparse crowd gathered until the end. The ace hit the flop, as you felt it would, and two cards later, Badziakouski was a two time Triton Champion, and with it earned the most significant first prize outside of the WSOP.