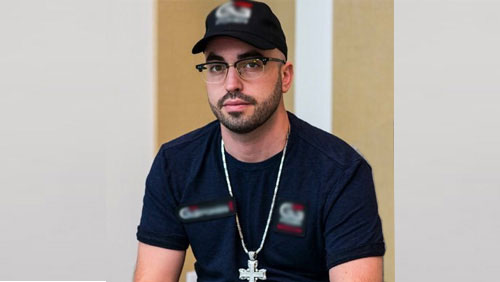 Many of the poker idols in this series have been those who have battled across the poker ages to succeed, people like Doyle Brunson, Erik Seidel and Johnny Chan. Those names have all become legends, but modern legends deserve just the same respect and the man who has won more money in professional poker tournaments than any other chiefly so.

Bryn Kenney is a bona fide poker legend, having cashed for over $56.4 million at the live felt – that’s more money than any other poker player in history. But what more is there to him? Where did the Long Beach native come from to dominate the poker world?

Let’s step back in time to get to know a poker idol who is at the top of the tree right here and now too – Bryn Kenney.

A Different Deck of Cards

Bryn Kenney was born and bred in New York, Long Beach to be precise. He’s always loved cards since he was a little kid, but back then it started out with a very different deck – baseball cards.

As Kenney told me himself in this 2019 interview with PokerNews, his parents bought him baseball cards and pretty soon he learned which were which. That translated to a more competitive card game, Magic: The Gathering, very quickly and Kenney was on his way, becoming the most successful under-15’s MTG player in the world at the age of just 14.

While poker might seem a natural fit, the transference of his undoubtedly prodigious skills didn’t happen overnight. Kenney actually planned on becoming a real estate salesman, but his grandmother’s passing contributed to his move into poker, and he hasn’t looked back since. Cards it was to be, as a profession and a lifestyle choice.

Fearless at the Felt

Kenney has been cashing in poker tournaments since 2007, but it’s not only in MTTs that he’s proved to be ‘the boss’. Kenney loved cash games too, and demonstrated his fearless, optimal play whenever he could. However big the stakes are, Kenney plays with a ruthless nature that is all about winning.

Of his early tournament cashes between 2007 and 2010, half of the 16 times he cashed during that period were in Las Vegas at the World Series of Poker. they weren’t in $1,000-entry events, either. A $5,000 buy-in here, a $10,000 Pot Limit Hold’em cash there, Kenney didn’t mind where he plied his trade, becoming an all-rounder for all seasons playing at all levels. Winning money at poker had become at the very least a habit and possibly an addiction.

Oddly, it would take until 2011 for his first ranking title, a €2,000-entry Bounty side-event at EPT Prague that season. It would not be his last major title, but he would become known in the future for a very famous runner-up place indeed.

Kenney has never played scared but has been comfortable risking it all to win it all in ways that many poker players these days do not. Common is the strategy of spreading the cost, selling over 50% of action in high rollers to limit variance; Kenney is one of the bravest players in putting his own money down for big events, as he discussed in this fantastic documentary about his life and style with Remko Rinkema and Brent Hanks of Poker Central:

Kenney proved his chops in some of the toughest events the world of poker had to offer. Bouncing back from being in the red, Kenney climbed the ranking dramatically in the last few years, only to put himself in the position to take the crown in 2019 when he entered the Triton Million. Many players spread the cost or sold most of themselves, but not Bryn Kenney.

As so often in his finest moments in the game, it really was all on the line…

It would be easy to talk about Bryn Kenney’s Triton Million result in isolation, as if that score was by far the most outstanding result of his glittering career as a tournament poker player, but it would also be unfair to do so.

Kenney has cashed for seven figures on no less than seven occasions, with his incredible, record-breaking eight-figure result in London topping them all. Those results include but aren’t limited to Super High Roller results in Macau ($1.4 million), the Philippines ($1.4m) and Budva ($1.4m), with outright titles for seven figures also coming in The Bahamas, Monte Carlo and Montenegro.

It is his Triton Million result that stands out to most people, however, and in wining £16.8 million (over $20m) in one tournament, Bryn Kenney set the world record for the single largest live tournament cash in poker history. It has yet to be beaten, of course, and may not be for some time, with his 2nd place after making a deal proving to be one of the greatest poker performances of all time.

Bryn Kenney, we salute you and your ridiculous talent, making you a true poker idol.